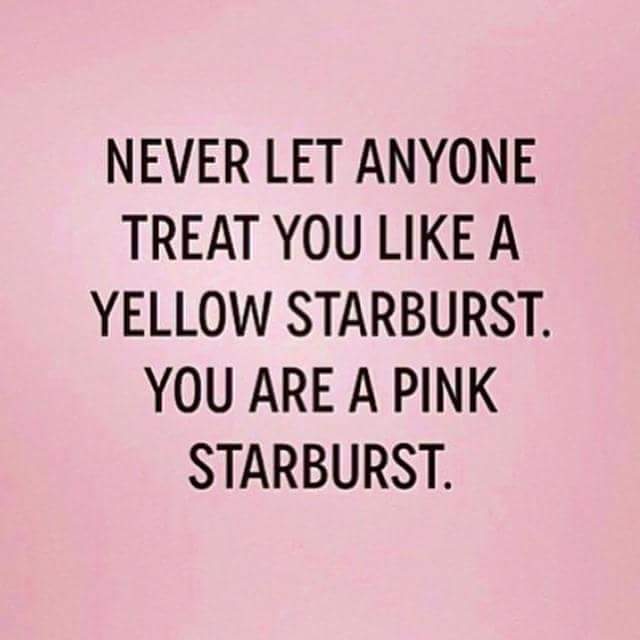 Anna Kendrick and Rebel Wilson are starring in the upcoming Pitch Perfect 2, and popping up on magazine covers all over the place to promote it.

I rarely bother buying glossy ‘fashion’ magazines full of pictures of hungry looking models in ridiculous, over-priced clothes.  If I do it’s usually just Glamour, which I grew up with – picked up a copy from my cousin’s bedroom floor aged 12, read it pretty much ever since.

Very occasionally if a cover star or strap line intrigues me I will buy another. I think some of them are wildly over-priced for a thick bundle of shiny adverts.

This month I got Glamour and Elle, both of which claim feminist credentials.
Glamour’s cover depicts Kendrick, a slim brunette, full figure in a dress, Elle has her co-star Wilson but a close up of her face framed by blonde curls. 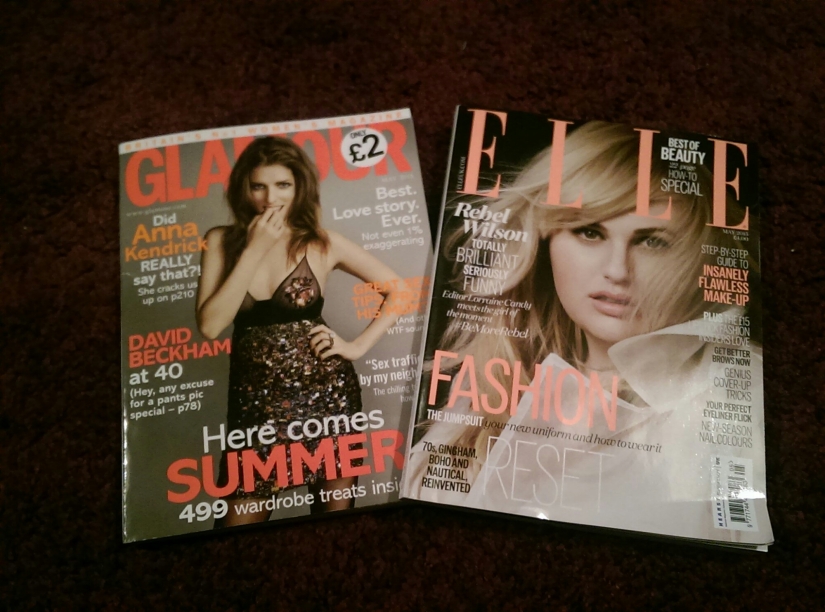 A quick flick through Instagram or Facebook shows that this is common. Slim actresses and models are most often photographed in full, while curvier women are cropped to just their face.

Inside Elle Wilson is shown in lovely dresses, but never a close up of her body, either just her face or from a distance and we know these magazines love their photoshop.

Apparently the subscriber’s edition featured a full figure shot but the one on display in supermarkets and newsagents isn’t the same and that’s where they have the most impact and influence. 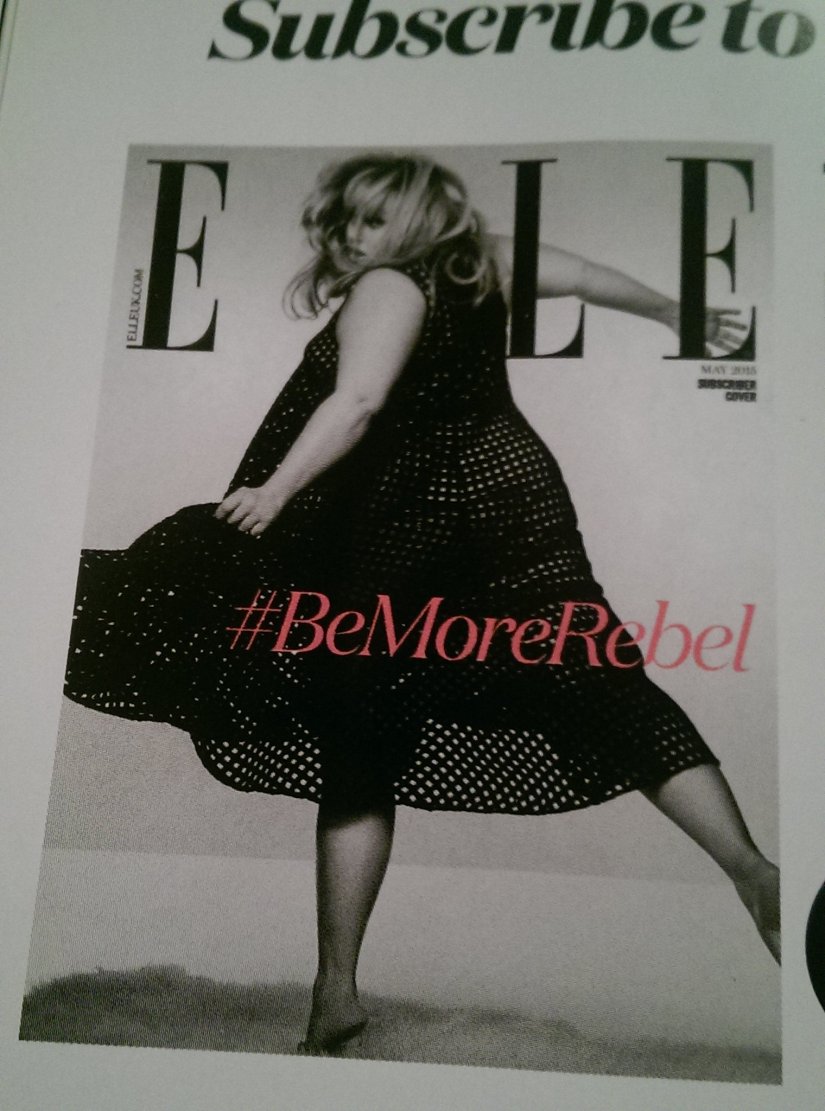 As a child I was all legs, they’re still pretty long but a cruel combination of genetics, medical issues and mental health in my teens caused me to put on a lot of weight.

I’m lighter now than I was but still have a way to go to be fully happy in my skin, although I will always be curvy, my bone structure dictates that (broad shoulders, wide hips).

But if I were growing up in today’s culture, with the focus on image and appearance, I would struggle to find anyone who looks like me on the covers of the magazines, arranged as they are at eye level and often above or next to ones aimed at  younger girls and teens.

Rebel’s pretty, and her weight has clearly not been an issue in her career as she’s going from strength to strength. So why not put her whole body on the cover and celebrate some body diversity (and yes I’d like a range of ages and ethnicities on covers too).

I’ve been trying to gain some confidence in my body, hence the healthy eating and exercising. I’ve also been following some body positive bloggers and Instagram accounts (check out @fullerfigurefullerbust @curvesandcurlsuk #effyourbeautystandards @tessholliday @toodalookatie @ladyvoluptuous @biggalyoga) for some of women I’ve been taking inspiration from.

I’m also addressing the medical issues that affect my weight, i’ve been diagnosed with an under-active thyroid and started treatment but what I’ve mostly been learning is that confidence doesn’t rely on the number on the label of your clothes (much of which varies widely anyway) but on your embracing your body, personality and comes at any size. 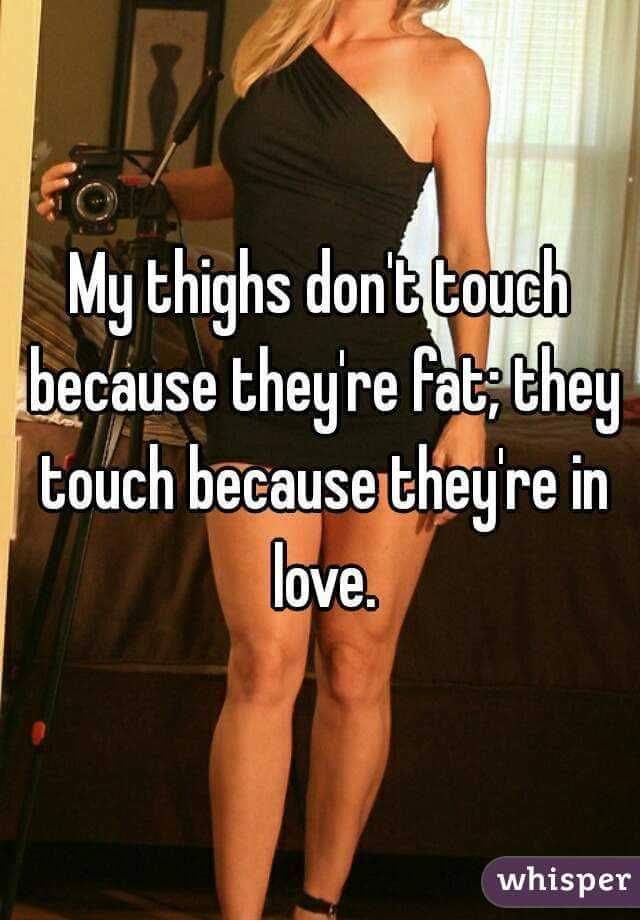 So let’s celebrate ourselves, whatever size or shape you are. You are good enough, beautiful enough, cool enough, strong enough #effyourbeautystandards society and let us feel good about who we are.

3 thoughts on “Cover girls – what’s wrong with a fuller figure?”