Actress, writer, gamer, producer, singer, cosplayer, violinist, comedienne, queen of geek culture – all of these things apply to Felicia Day, whose memoir of growing up online is funny, awkward and full of references for lovers of the Geek & Sundry YouTube channel she set up a few years ago.

She’s guested in Supernatural, Dollhouse, A Town Called Eureka, starred in Doctor Horrible’s Singalong Blog, The Guild and now hosts her own online shows on the channel she built (The Flog and Co-optitude with her brother Ryon deserve a mention).

Her geek points are boosted by a foreword by Joss Whedon and a quote from George R.R. Martin on the back cover.

From her home schooled childhood to her music scholarship to college at 16, her early Hollywood career in adverts, to playing video games, writing her own scripts and beyond, You’re Never Weird… is a wonderful celebration of forging your own path and marching to the beat of your very own, totally unique, rhythm.

I first saw Felicia in an episode of Joss Whedon’s Dollhouse, years ago, but if I’m honest I didn’t really pay her much mind. It was only when I stumbled across the utterly hilarious web series The Guild on YouTube a few years ago that I saw what a talented person she is.

If you’re not sure who she is or what you’ve seen her in, Google is your friend. There is so much content on Geek & Sundry that you’re bound to find something you like (Tabletop is a particular favourite of mine, or watch The Guild). 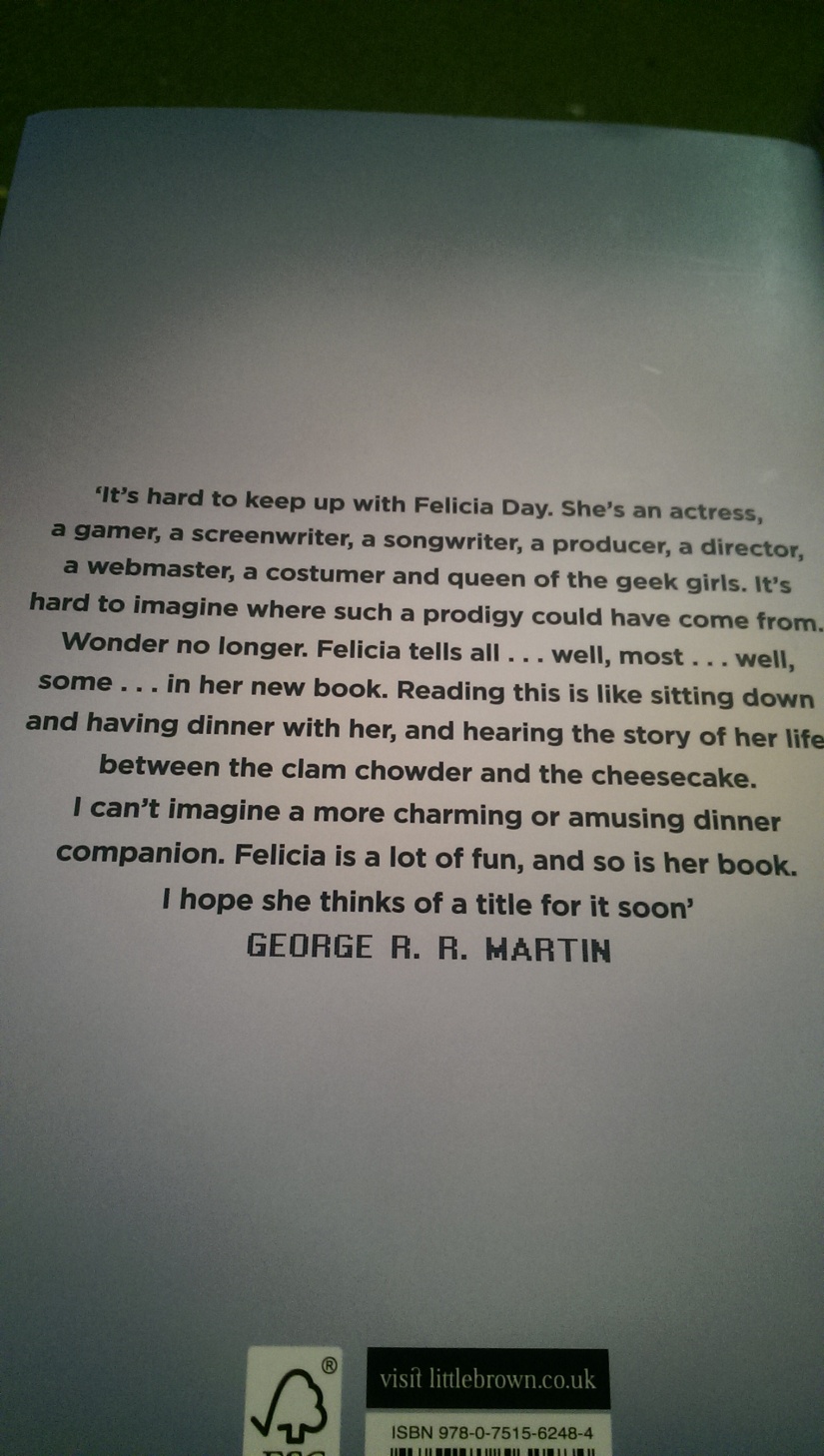