I remember the animated version being released – I think I was 8. We went to see it at the cinema, I had a jumper with Belle’s face on it (My cousin had the exact same one – I think my grandparents bought them), I got the video for my birthday. 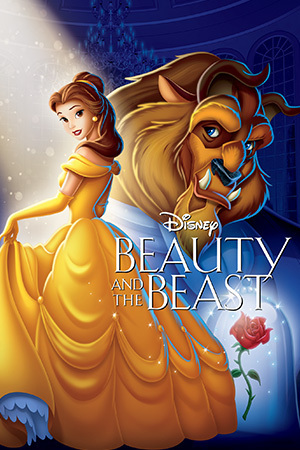 I still have a soft spot for those animated classics, there’s a fair few in my DVD collection. Of the most recent ones I enjoyed Brave, Tangled, The Princess and the Frog, and even Frozen (I have some issues of its apparent origins being Hans Christian Andersen’s Snow Queen – a very different story.)
However I haven’t seen any of the new “live action” films – not sure how that much CGI can be considered live.

Pete’s Dragon is one of my favourite films and nothing will replace a cartoon dragon called Elliot for me – I saw some stills of the updated version – just no.

A CGI Baloo just won’t cut it after the delights of the animated one and Cinderella has been done to death.

Emma Watson isn’t my ideal Belle, and that’s fine – can’t please anyone. But I saw a review calling it ‘authentic’, which I can’t agree with. 1. It’s set in France, so Belle and everyone else would speak French, 2. It’s a fable – it’s about vanity and love overcoming all odds. 3. The Beast – do I need to expand.
Like most fairy tales this had a slightly darker heart originally, the Prince becomes a Beast because that’s what he is inside – vain, selfish, cruel, monstrous. He’s cursed to learn his lesson. But he doesn’t, he becomes even worse, hence the kidnapping of Belle’s father.

Watson has spoken about making the film more feminist – erm, it’s about a woman who sacrifices her freedom for her idiot father and is kept prisoner by a monster – feminism didn’t exist in 15th century France (or at all) and I just don’t get how you can make this story less twisted and more feminist while keeping that key storyline.

Anyway, I know people are raving about how beautiful it is, how they’ve kept the songs (why no Angela Lansbury?) etc. But it just isn’t for me. Rather than keep doing this  (Mulan is up next – but with no songs, fingers crossed they at least cast Asian actors) why can’t Disney go back to making fun, musical animation?
I hear Moana is brilliant and I will be watching that next.

If you do want a Disney film where the female characters are aces, here’s a little list.

Let me know if I’ve missed any Disney heroines who deserve to be mentioned (tbh most of the traditional princesses are a bit hopeless).

Are you going to see this new Beauty & the Beast? Or will you be watching the 90s classic for the millionth time like me.