August’s Illumicrate is all about the bad guys, the villains, the anti-heroes. 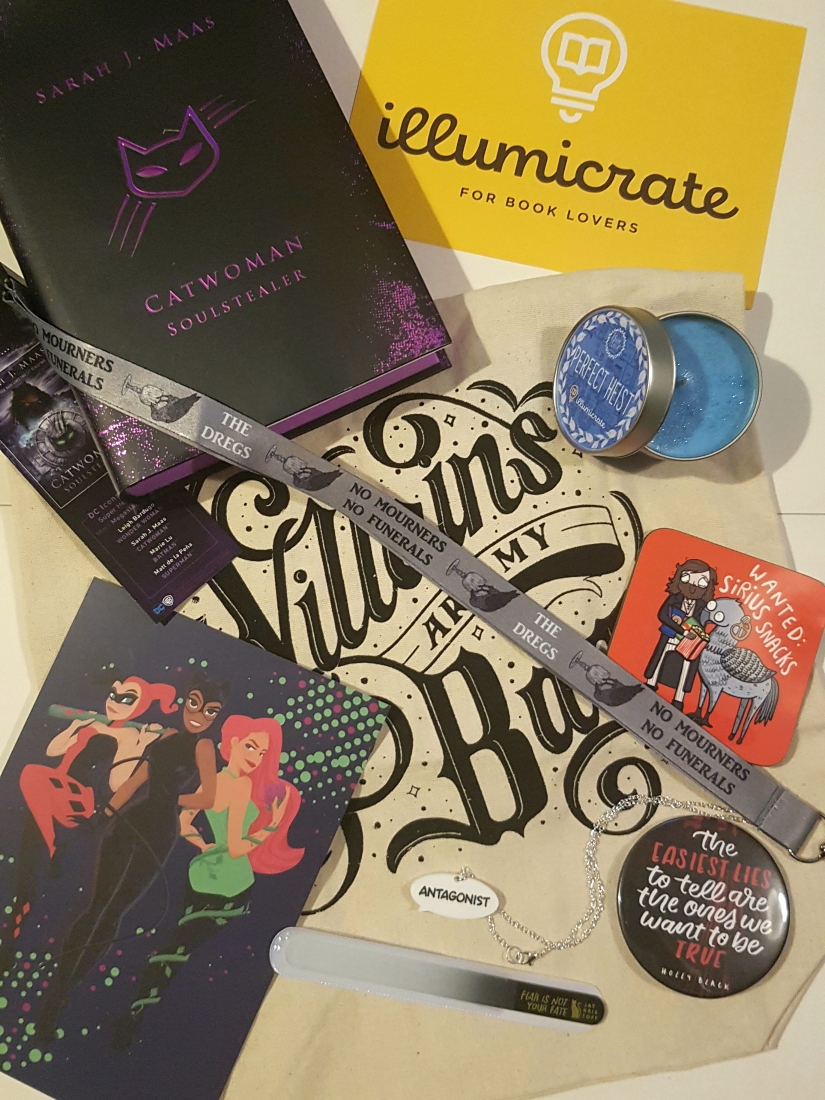 Kicking off the box is the book – Catwoman: Soulstealer by Sarah J. Maas. This is part of DC’s relaunch of their female heroines, following on from the Wonder Woman book last year. Without getting into all the debate around Maas and whether she’s too rude for YA, this book intrigues me. Catwoman is someone I remember from the reruns of the old 60s Batman series with Adam West, then the Dark Knight’s scene stealing Anne Hathaway version. So I’m interested to see what Maas has done with Selina Kyle. 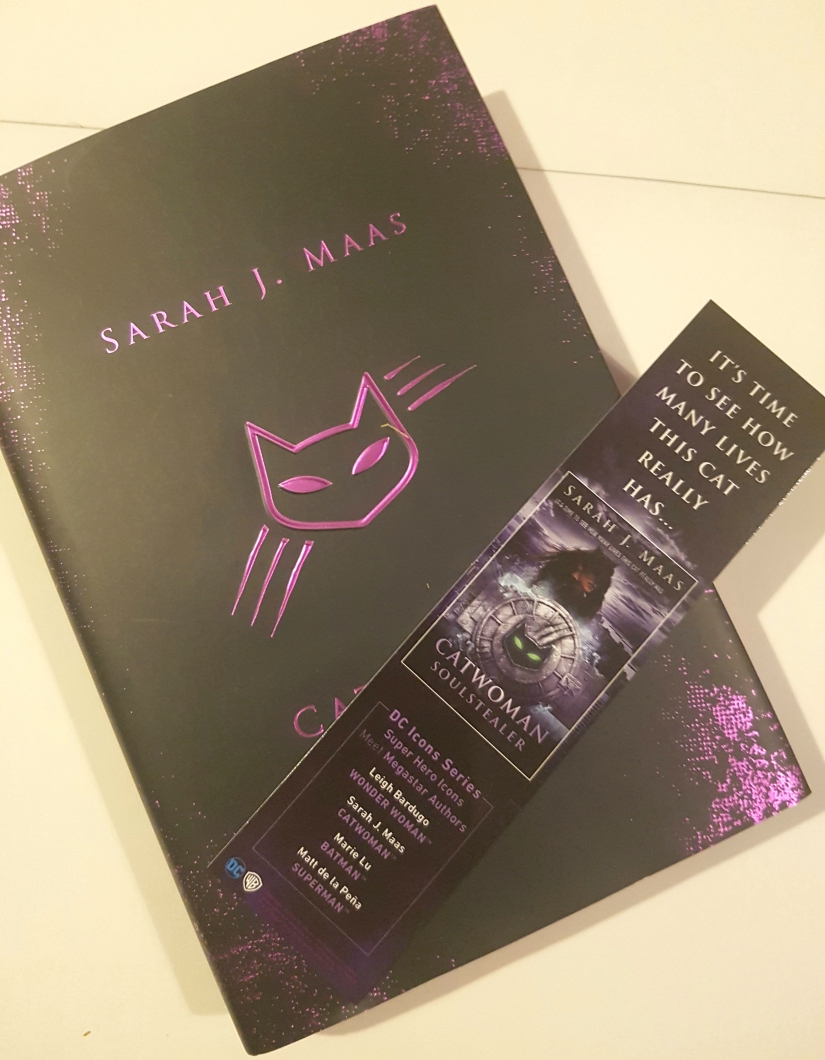 I love a canvas bag, they’re ever so useful and I have hundreds. This Villains are my Bag number from @kdpletters will be added into the mix. 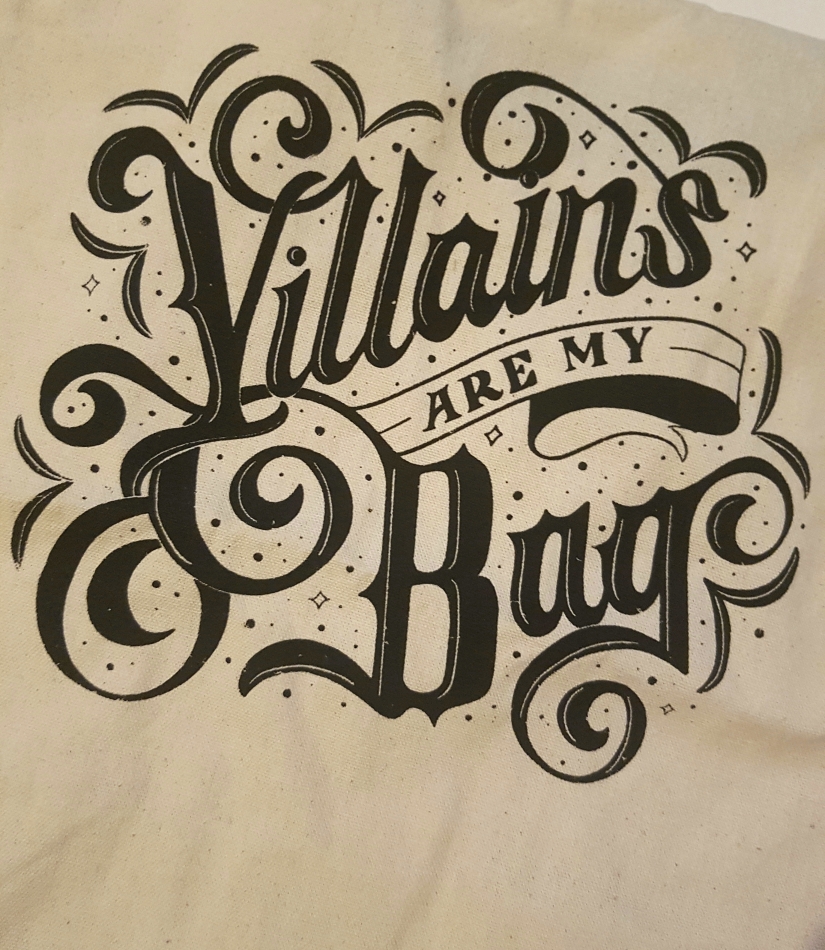 I’m not a HP fan so this Sirius coaster doesn’t really do it for me. I’m sure however that one of my book club will love it. @katieabey designed it exclusively for Illumicrate. 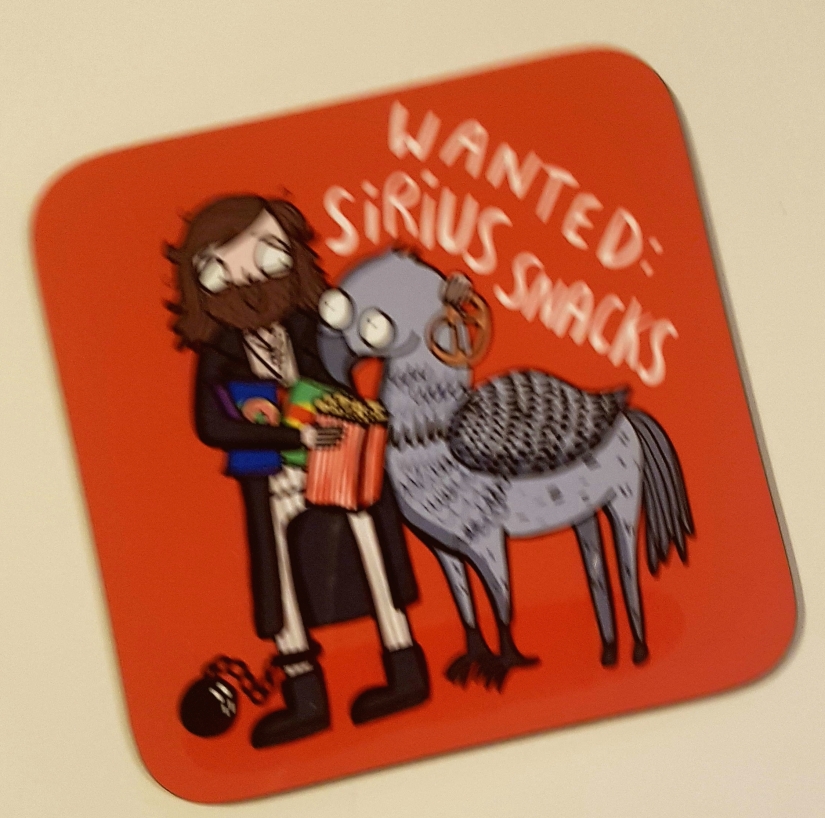 Darkdawn was one of my favourite books of 2018 so far so this handy little nail file designed by @heyatlascreative is going straight into my bag. 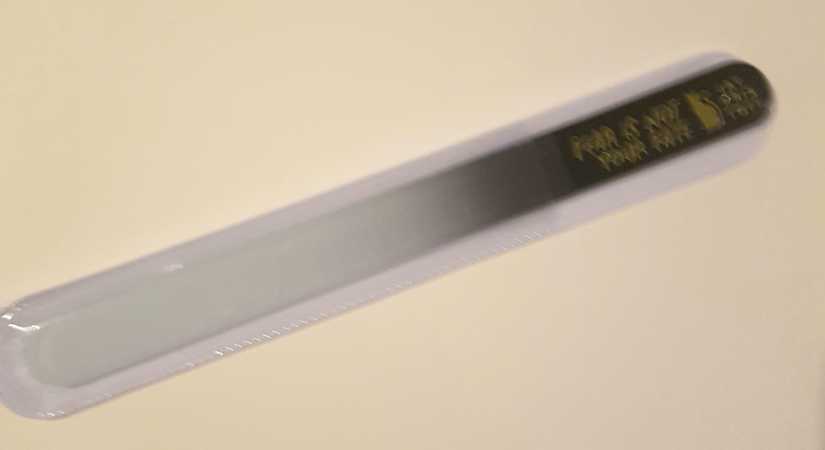 I don’t wear a lanyard to work as I work at home but if I did then I’d be upgrading to this one from @fableandblack to rep the crew from Six of Crows by Leigh Bardugo. 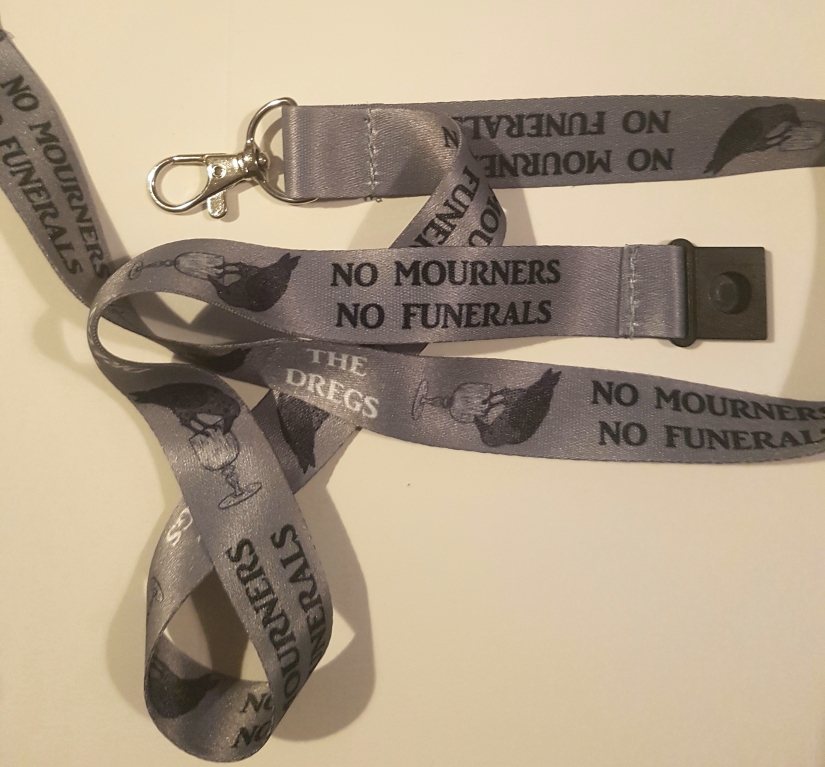 This necklace makes me smile – we’re all the protagonists of our own stories but are we also the antagonists in someone else’s? @down_the_rabbithole allows you to play both sides. 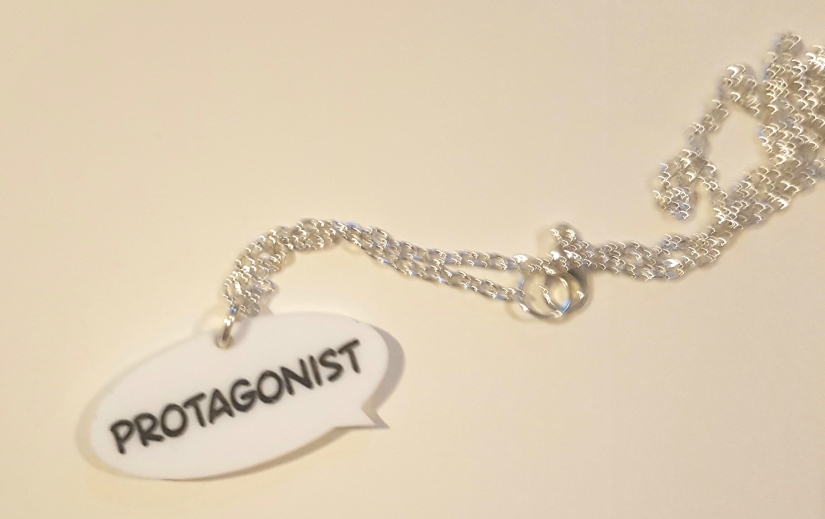 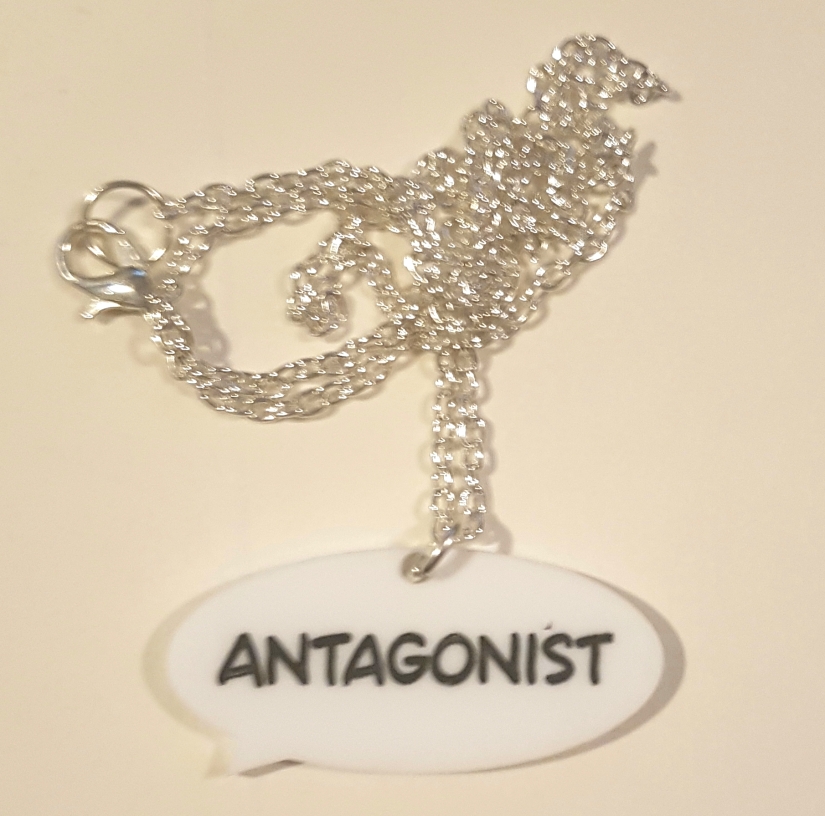 I love a good candle and this one will set the atmosphere for my next caper meeting. @elvenwickcandles has made this sparkly number which smells delicious. 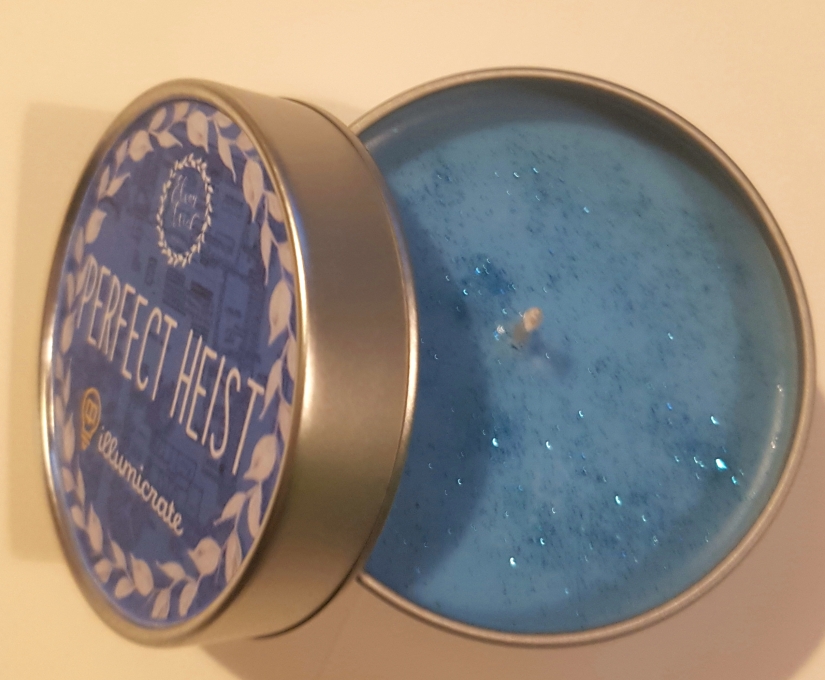 A mirror is a handy tool to see who’s following you when carrying out the plan and this one from @reverieandink features a quote from Holly Black. 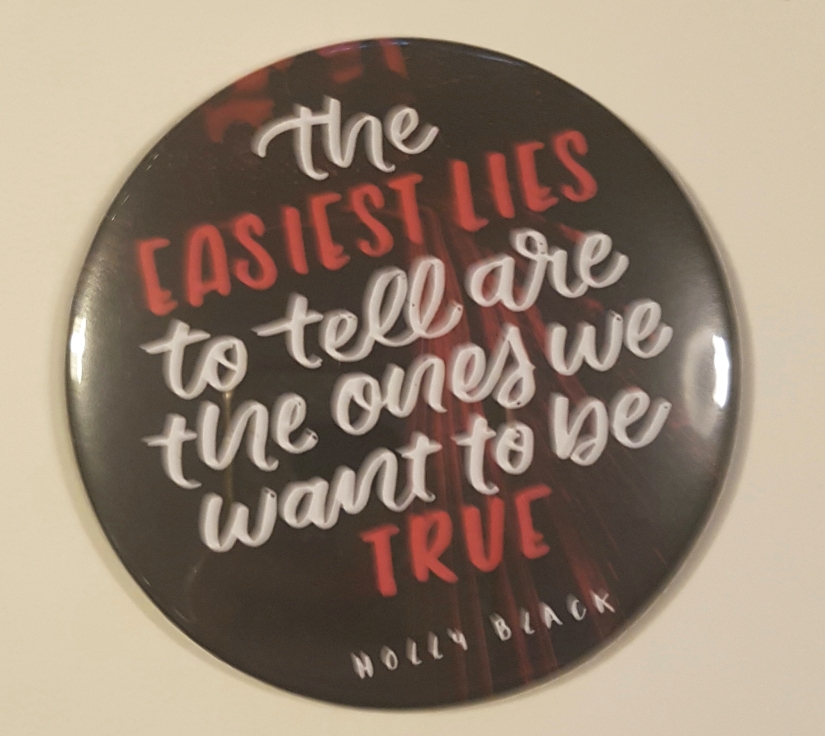 This art print card by @jamilamehio of Catwoman, Poison Ivy and Harley Quinn round off the box. 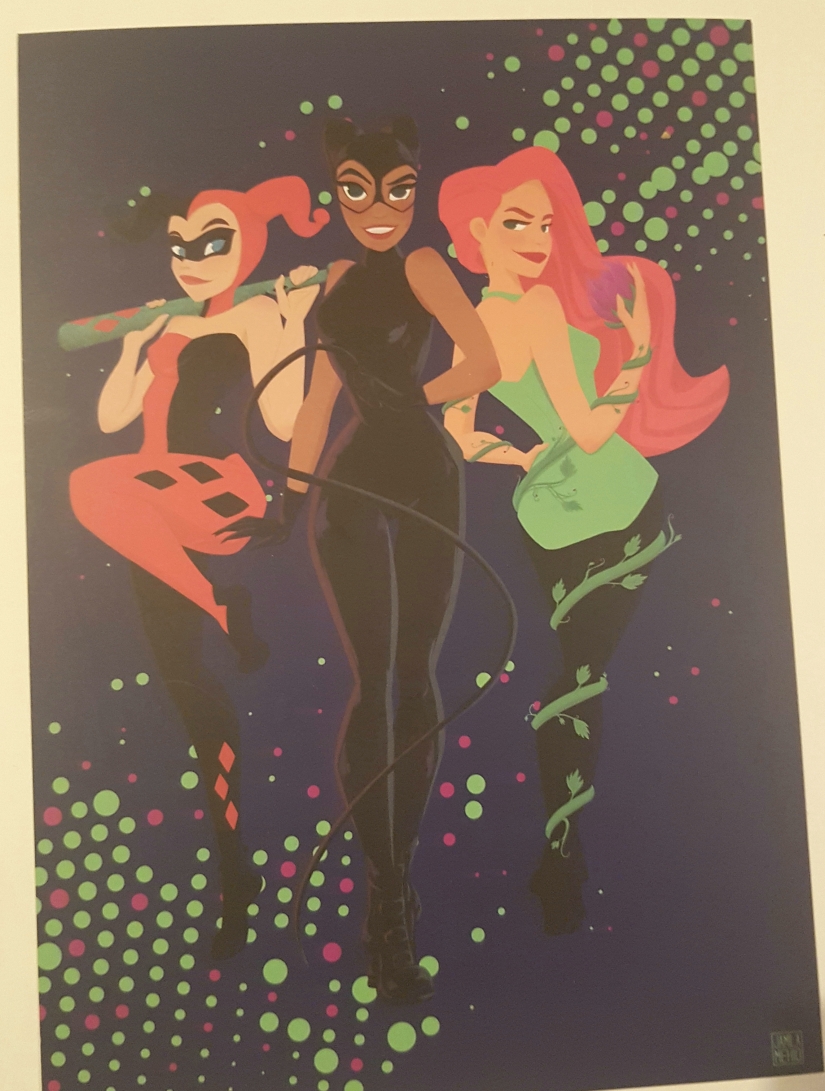 There are also a few goodies from different upcoming books but sadly no bonus ARC this time. 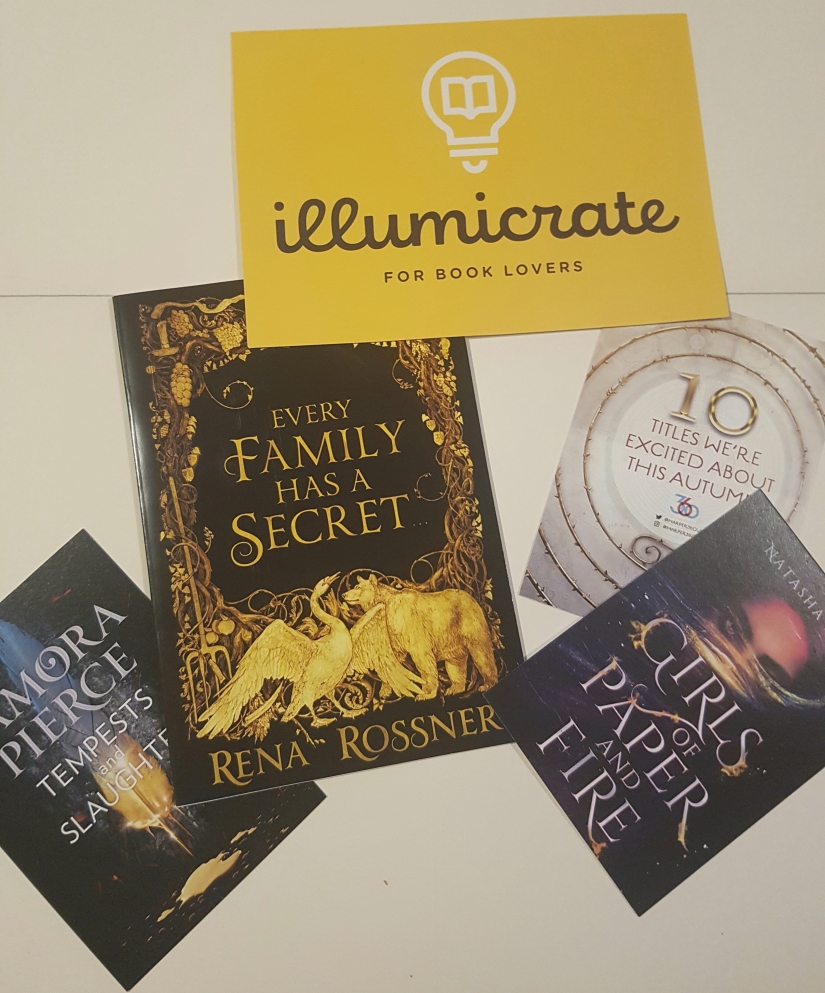 I’ve enjoyed the themed boxes we’ve had recently, it brings everything together nicely. This box has a decent mix of bits and bobs which I can see myself making use of.