After one of the most decisive warring campaigns in European history between Barbarians and Romance, the sheer possibility of a full-scale Roman invasion into Barbarian lands launches a lifelong recruitment process, which drives to the re-discovery of old mighty forces in the long forgotten North.

The most apolocalyptic pan-tribal conflict amongst central and northern European natives will ensue.

This was a really interesting book, complete with historical dates and illustrations, featuring some of the most well known (and some of the lesser known) Norse gods and myths. We think of the Romans as the civilising force of history, bringing culture and hygiene to swathes of the then known world. But those that they forcibly civilised had other opinions, and this tells of one.

The Norsemen were not interested in the Roman way of things, of their religious beliefs and gods, they wanted to be left alone.

Ehrenhaus attempts to simplify Snorri Sturlusson’s work, The Prose Edda and the Poetic Edda (I have read chunks of both and they are not easy), and I think he mostly succeeds, by focusing on the gods and dwarves at the heart of Norse mythology, the great stories that were passed down from campfire to hearth fire.

I found the book a little simplistic at times and they layout of the pages annoying to try and follow, as a lot is imparted in a small space. However I was pleased with this overall. While Greco-Roman mythology is taught in most schools, Norse mythology often seems a bit forgotten, which is a shame as many of us have Anglo-Saxon roots and not knowing the stories of our ancestors seems a shame. Most people think Marvel invented Thor, god of thunder when he really pre-dates comic books by several centuries! 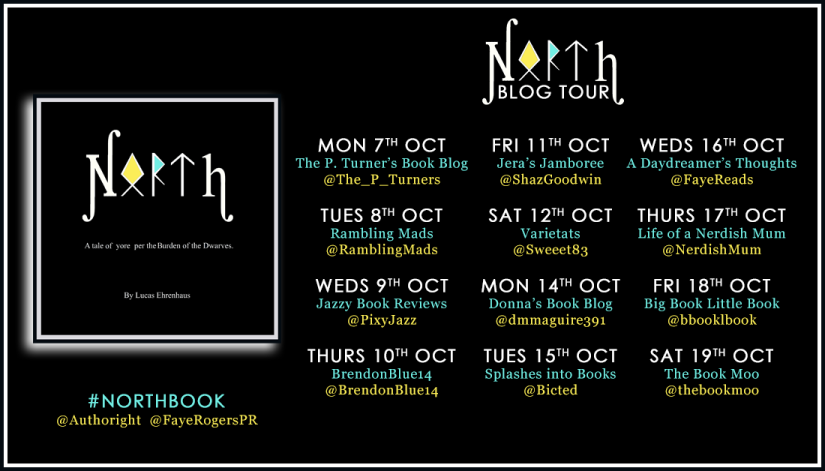 *I was kindly gifted a copy of this book in exchange for taking part in this blog tour.