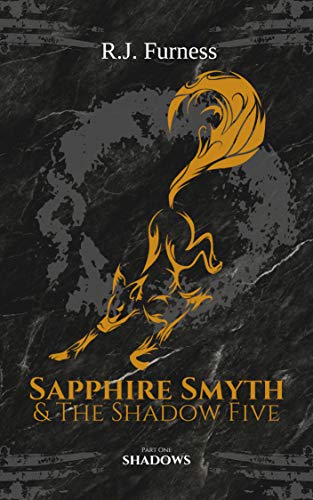 Have you ever seen something you can’t explain? Did it vanish as fast as it appeared?
Perhaps that thing you saw was lurking in the shadows, and you caught a glimpse of it before it went back into hiding.
There’s a good chance, of course, that the thing you saw simply emerged from your imagination.
Or maybe, just maybe, it didn’t…

Sapphire Smyth is no stranger to rejection. When she was only a baby, her father abandoned her after her mother died. Since then, Sapphire has never felt like she belonged anywhere, or with anyone. To make things worse, her foster carers have now turned their back on her – on her eighteenth birthday. After living with them throughout her childhood, Sapphire has to find a new home. Is it any wonder she finds it hard to trust people?

Abandoned by the people she called family, Sapphire is alone and searching for some meaning in her life. Except that meaning has already come looking for her. When she discovers mysterious creatures lurking in the shadows, Sapphire soon realises that her fate is unlike anything she had ever imagined.

The serial novel isn’t something new, Charles Dickens serialised his stories in magazines, as did Sir Arthur Conan Doyle, back in the Victorian and Edwardian eras. We don’t really do the same thing nowadays, but the rise of e-books could potentially be a new way to serialise stories for a modern readership.

However, I don’t think this particular story needed that treatment, in fact I think it could have done without it. This first tranche is weak, needing to pack a lot of information into its pages, and with multiple chapters, perhaps gives too much. Tighter editing would have been a real blessing as the concept and ideas within the story are pretty sound.

Sapphire Smyth turns 18, inherits an unusual heirloom, and discovers the world beneath the humdrum existence that she never knew was there. That’s a pretty decent concept, and one that could have been really interesting to play with.

But, the plot is all over the place, as is the characterisation. Sapphire isn’t very empathetic or relatable, she’s just a spoilt brat really. And the other characters are so weak as to be non-existent, where they needed to be stronger, in order to balance Sapphire out.

I have the next two instalments to read, and hopefully it improves and becomes a much more interesting and enjoyable read, and this uneven and overly exposition heavy first section is just a glitch as I really did want to enjoy this.

*I was kindly gifted a copy of this e-book in exchange for taking part in the blog tour but all opinions remain my own.