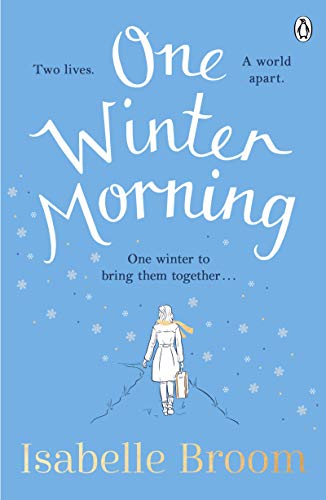 The frosty mornings and twinkling fairy lights only remind her it’s been a whole year since she lost her adoptive mother, who took her in as a baby and raised her as her own.

And where to find her: New Zealand, half the world away.

Travelling there could be her one chance to meet the woman who gave her up.

But will she find the answers she has been looking for? Or something she could never have expected?

This is another cosy up under a warm blanket with a hot chocolate and all the better for it.

This book is all about family, the family you’re related to and the one that claims you. I can’t imagine losing my mum, I think that would be the absolute worse, so I could empathise with Genie, whose adoptive mother has died, and then she learns about her biological mother – all the way on the other side of the world.

They have things in common, mostly their love of horses, and the story is more complicated than Genie originally thinks.

I honestly loved curling up with this book, and recommend you pick it up for your Christmas reading.

Thank you to the publisher, who sent me this book, which is available now.