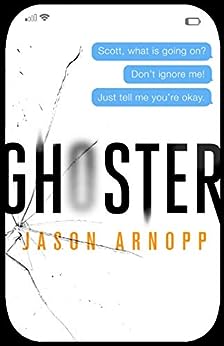 Kate Collins has been ghosted.

She was supposed to be moving in with her new boyfriend Scott, but all she finds after relocating to Brighton is an empty flat. Scott has vanished. His possessions have all disappeared.

Except for his mobile phone.

Kate knows she shouldn’t hack into Scott’s phone. She shouldn’t look at his Tinder, his texts, his social media. But she can’t quite help herself.

That’s when the trouble starts. Strange, whispering phone calls from numbers she doesn’t recognise. Scratch marks on the door that she can’t explain.

And the growing feeling that she’s being watched . . .

This was a very clever book, at first it seemed like a traditional missing person thriller situation, but then it got weirder and weirder. The strange things that keep happening to Kate, the things she discovers through Scott’s phone, the creepy sense of being watched sleeping. There’s a sense of claustrophobia, but set in a modern block of flats and not in an old manor house, which makes it slightly more sinister. I loved the idea of possessed technology, the things we use every day, the obsession we have with things on the internet, from social media to the darker side.

This is a smart, well written, tightly plotted thriller with a hell of a twist.

*I was kindly gifted a copy of this book in exchange for taking part in this blog tour, but all opinions remain my own.