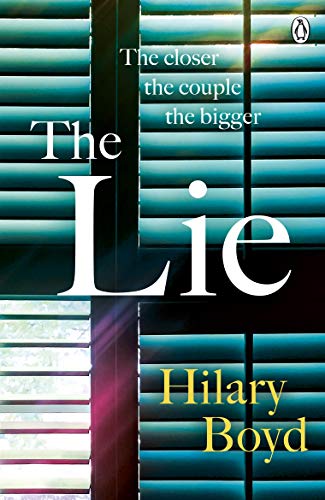 The closer the couple, the bigger the lie . . .

Romy and Michael have it all. Over 30 years of marriage, two grown-up sons, a beautiful London home as well as a weekend bolthole by the sea. If Romy’s had to sacrifice some of her dreams along the way to support Michael’s high-flying legal career, then it’s been a price worth paying.

Until the arrival of a letter changes everything.

At first Romy can’t believe what it is saying. That Michael – an upholder of the law, with an unwavering sense of right and wrong – could do something so terrible.

But then other lies start to emerge and she starts to wonder who the man she’s shared her heart, her bed, the best years of her life with, really is.

Walking away should be the start of a new chapter for Romy.

But an urgent telephone call brings her back into Michael’s life – and propels her into the past and the allegations which ended their marriage.

Innocent or guilty? Truth or lie? How well can you ever know those closest to you?

I found this book compelling reading. The writing really grips you and takes you with it, which is what I want in a book, one that says “don’t put me down, you need to keep going”.

Romy is an empathetic character, dealing with trying to move on with her life after leaving her controlling husband and his lies, moving to Sussex to start again. Being dragged back into her husband’s control and not being able to break free, she almost loses her second chance at life.

It’s an intimate study of a marriage disintegrating and the damage we wreck on each other as we try not to admit to our own darkness. Really interesting stuff.