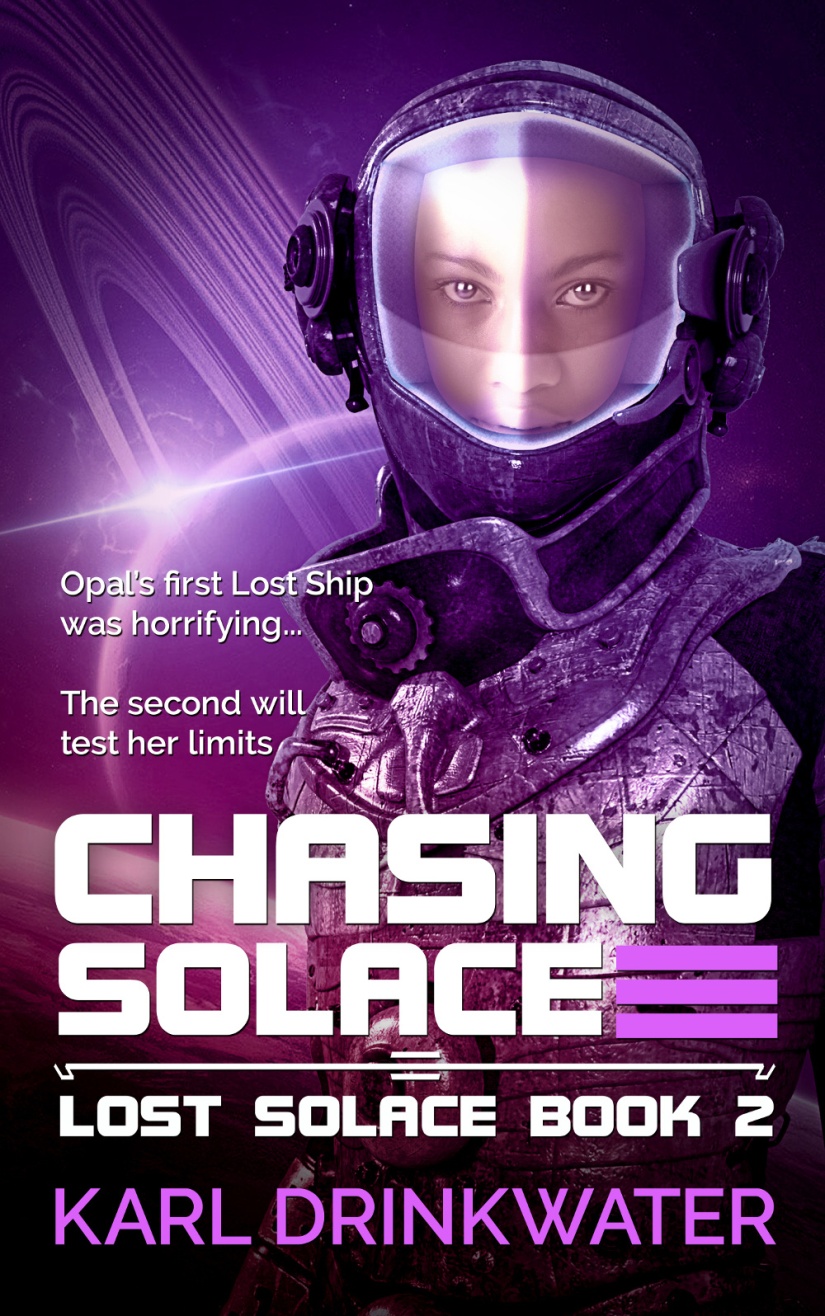 The legendary Lost Ships exist, and they harbour nightmarish horrors. Opal knows. She barely survived her first encounter with one.

Despite escaping, she failed to find what she was looking for: her lost sister. Now Opal must board a second derelict Lost Ship to seek answers, and it’s even more monstrous, a sickening place of death and decay. To make things worse, the military government wants her, dead or alive. Considering their reputation, dead may be better.

To find her sister, Opal will risk everything: her life, her blood, her sanity. There’s always a price to pay. Armed with her wits, an experimental armoured suit, and an amazing AI companion, she might just stand a chance.

Karl Drinkwater is originally from Manchester but lived in Wales for twenty years, and now calls Scotland his home. He’s a full-time author, edits fiction for other writers, and was a professional librarian for over twenty-five years. He has degrees in English, Classics, and Information Science.

He writes in multiple genres: his aim is always just to tell a good story. Among his books you’ll find elements of literary and contemporary fiction, gritty urban, horror, suspense, paranormal, thriller, sci-fi, romance, social commentary, and more. The end result is interesting and authentic characters, clever and compelling plots, and believable worlds.

When he isn’t writing he loves exercise, guitars, computer and board games, the natural environment, animals, social justice, cake, and zombies. Not necessarily in that order.

I loved the first book in this series and so was thrilled to get to be on this blog tour, and Chasing Solace did not disappoint.

Picking up where we last left Opal and her super smart AI Athene (formally Clarissa) are still on the trail of the Lost Ships and their secrets, searching for information about Opal’s lost sister, last seen boarding the ship they found in book one.

Along with the strange beings that make Lost Ships their home Opal now has a determined assassin in a ship almost as smart as Athene on her tail.

The action doesn’t let up, and although I found one section rather mind boggling and a little confusing, which I think was the point, I really enjoyed this. Bring on book 3!