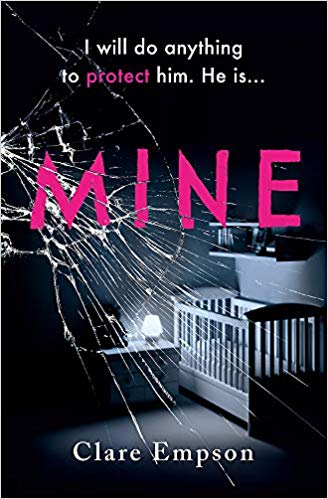 On the surface, Luke and his girlfriend Hannah seem to have a perfect life. He’s an A&R man, she’s an arts correspondent and they are devoted to their new-born son Samuel.

But beneath the gloss Luke has always felt like an outsider. So when he finds his birth mother Alice, the instant connection with her is a little like falling in love.

When Hannah goes back to work, Luke asks Alice to look after their son. But Alice – fuelled with grief from when her baby was taken from her 27 years ago – starts to fall in love with Samuel. And Luke won’t settle for his mother pushing him aside once again…

The blurb (above) is a tiny bit off in terms of what happens in the novel – flipping back and forth between Luke as a baby with Alice and now, slowly the truth of what happened 27 years ago is revealed, and Alice’s tragic story is told.

However sometimes people become a little unhinged with grief and do things they know aren’t quite right, as happens here.

My mum is partly adopted (my Grandad isn’t her biological dad but in all other regards, including legally, is) so I sort of understand that adoption can be very painful for some people – both those who have been adopted and the parents, biological and adoptive.

And it is that pain that this story centres around, Luke’s joy at finding his birth mother, coupled with the fact he’s never felt close to the mother who raised him, means he perhaps embraces Alice too quickly and too deeply into his own small family; asking her to look after his infant son when his partner goes back to work.

Luckily it all more or less works out and it not quite as sinister as perhaps suggested by the cover and blurb.