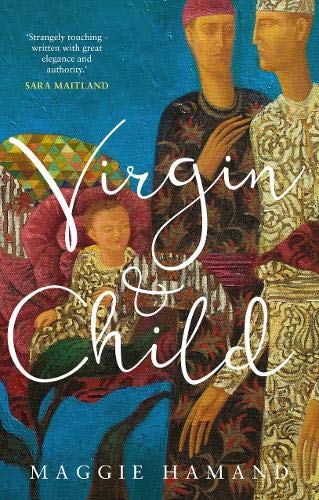 Patrick, the first Irish Pope, discovers he is intersex and finds himself pregnant.

Maggie Hamand’s Virgin & Child grips onto this wild premise and runs from there. This isn’t a book about miracles.

Maggie is a journalist, has a science degree, and what happens in the novel is within the realm of the possible.

Virgin & Child is alternate history, that lets the reader expand their sense of what is credible. What gives this novel true bite is how real it feels.

Maggie grew up as what her era called a tomboy, and gave birth to three sons. She worked and campaigned for women’s fertility rights. She has also studied theology and this book began as a PhD in that subject, before she changed to creative writing. ‘I found the theology PhD too constricting, and felt that only by writing fiction could I fully explore the issues I wanted to tackle,’ says Hamand. ‘I felt that only through an imagined direct and bodily experience could a celibate Pope understand a woman’s experience. I hope that by reading the novel others will identify with the character and be shocked into a new understanding.”

Like works by Brian Moore, Graham Greene, Robert Harris and Piers Paul Reed, the novel reads as a gripping thriller while at the same time tackling questions of religion, faith and gender.

What makes Virgin & Child different is that it’s not written by a man. Did a mother conceive the notion of a virgin birth? Probably not. Mothers know the act of creation is all too human and messy. This novel takes a Pope, God’s elect on Earth who tradition says has to be a man, and feminizes the whole concept.

How would that alter a male worldview?

Virgin & Child gives an answer as an act of searing storytelling.

Maggie Hamand is a journalist, novelist, and creative writing lecturer. She was the first winner of the World One-Day Novel Cup and her novel, The Resurrection of the Body, was published by Penguin and has been optioned for film and television. She was founder and director of the award-winning independent publisher Maia Press. Maggie has a degree in biochemistry, a Masters in theology, and a PhD in creative writing from the University of Hull. She has taught in a range of institutions including Holloway Prison and is author of the best-selling Creative Writing For Dummies. She lives in East London.

This is somewhat strange novel, with a pregnant, intersex Pope, trying to keep his secrets and somehow carry out his very public role.

Lyrical and full of philosophical questions which Pope Patrick struggles with along with his personal concerns. 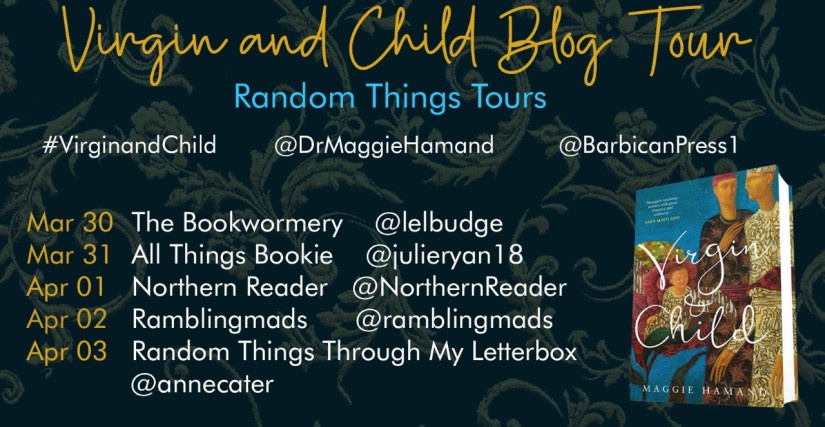