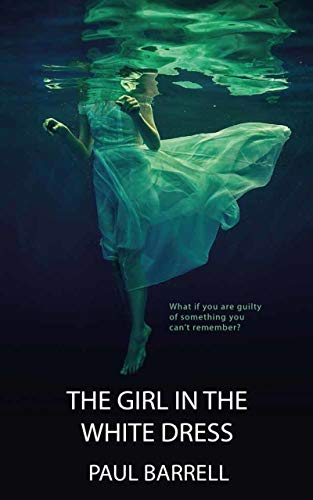 The Girl in the White Dress is quite simply unforgettable and unputdownable.

It is based on true story .

Every Family has secrets.

Imagine discovering you were guilty of something you can’t remember.

1974 A family from London take a trip of a lifetime to the Caribbean aboard the cruise liner Oriana.

2005 The Peak District. Following the death of his wife , Paul finds a menu card from the Oriana covered in personal messages from the ghosts of his childhood.

One particular address catches his eye , and memories are stirred as he begins to dream about a girl in a white dress.Gradually with his mothers help he starts to unravel the identity of a long forgotten childhood sweetheart, and the disturbing truth about an incident that took place in their cabin.

Something that would implicate his whole family, a Pandoras box of lies and deceit.Paul never saw the girl again after the cruise .

Their shared guilt had remained hidden for 30 years.

That was until today…

It is a remarkable true story about loss and grief, and one persons quest for the truth. Sometimes in life things happen to us that are beyond our control; you don’t need to believe in ghosts or the supernatural, just believe in the Universe and the threads of random chance that link us all together.

Paul Barrell is a keen sportsman, and has skied all over the world. He is a serial entrepreneur and has owned restaurants, wine companies and is passionate about food and wine. He came to writing later than most, and writes about real events and people that have shaped his life. His first book Postcards from Pimlico is currently being turned into a screenplay for TV. He now lives in the Surrey Hills with his wife and rescue dog Lottie.

This was a fascinating story of memory and the things that haunt us, even if we can’t name them.

Paul and his daughter move to Cheshire following his wife’s death; among their possessions he finds a menu card from a cruise his family took when he was 13. Among the names scribbled on the back is a local address. Paul’s vague memories of the trip draw him down memory lane and he looks for the girl in the white dress who starts to haunt his dreams. 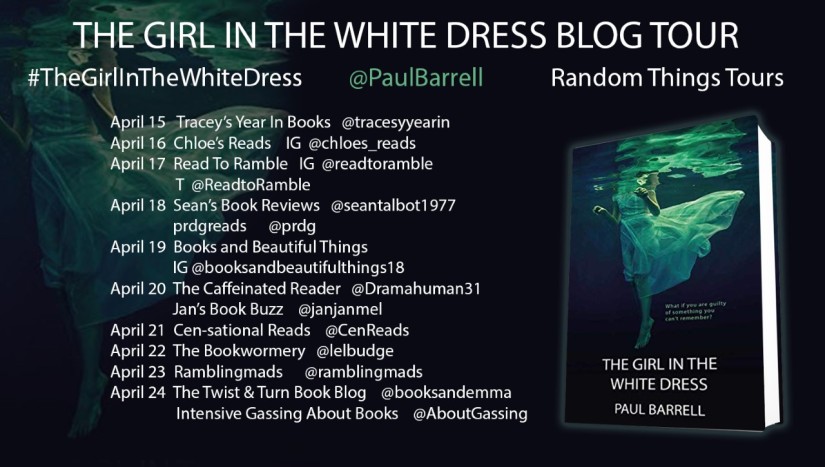 1 thought on “Blog Tour: The Girl in the White Dress*”