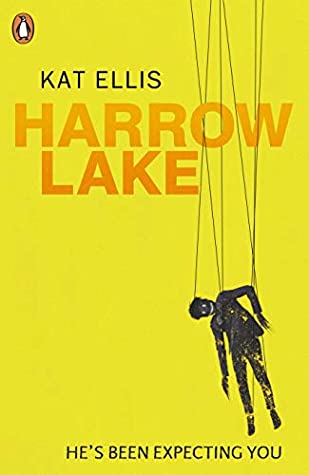 Lola Nox is the daughter of a celebrated horror filmmaker – she thinks nothing can scare her. But when her father is brutally attacked in their New York apartment, she’s swiftly packed off to live with a grandmother she’s never met in Harrow Lake, the eerie town where her father’s most iconic horror movie was shot.

The locals are weirdly obsessed with the film that put their town on the map – and there are strange disappearances, which the police seem determined to explain away.

And there’s someone – or something – stalking Lola’s every move.

The more she discovers about the town, the more terrifying it becomes. Because Lola’s got secrets of her own. And if she can’t find a way out of Harrow Lake, they might just be the death of her…

I was so excited to read this and I was not disappointed. Creepy, compelling and sinister; it draws you in like a moth to a flame, you just can’t resist following Lola into the woods and caves of 1920s throwback Harrow Lake.

I grew up in the London suburb of Harrow and we had our fair share of folklore and stories, but nothing as spine tingling as Mr Jitters, cave ins and murder.

Although this is YA, I think plenty of adult readers will enjoy it too, Lola makes for a engaging and very naive protagonist and the residents of Harrow Lake are suitably odd for the setting.