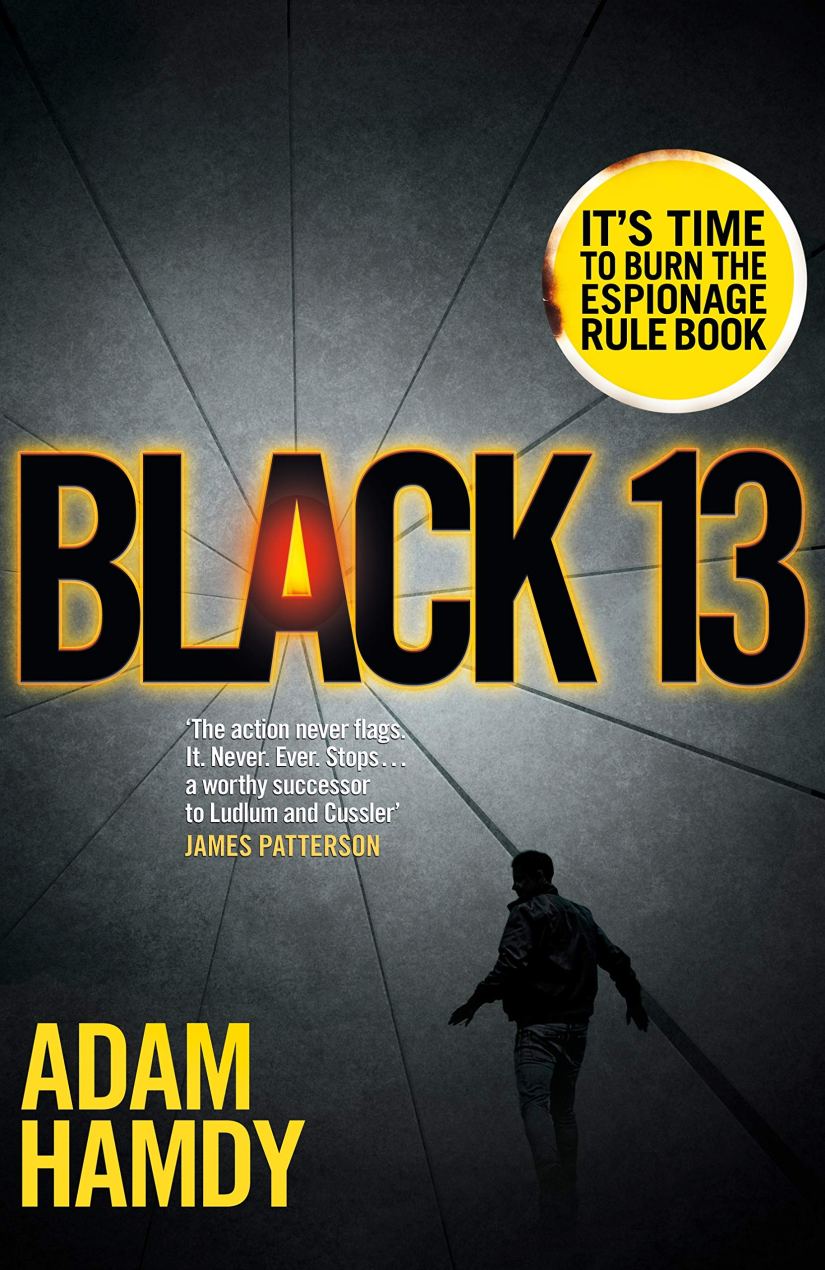 Black 13 is the brilliant first novel in the Scott Pearce series from Adam Hamdy. In this addictive and fast-paced thriller, ex-MI6 officer Pearce is about to show us that in a world where there is no loyalty to the nation state, it’s time to burn the espionage rule book.

An exiled agent. A growing threat. A clandestine war.

The world is changing beyond recognition.
Radical extremists are rising and seek to enforce their ideology globally.
Governments, the military and intelligence agencies are being outmanoeuvred at every step. Borders are breaking down. Those in power are puppets.
The old rules are obsolete. To fight this war a new doctrine is needed.
In a world where nothing is at it seems, where trust is gone, one man will make the difference.
Meet Ex-MI6 agent and man in exile, Scott Pearce.
It’s time to burn the espionage rule book.
Watch Pearce light the fire.

The action kicks off from the first page and doesn’t let up, racing from London to Thailand, in hot pursuit of the shadowy figures manipulating world events from behind the scenes.

Pearce and his team of former intelligence operatives take it upon themselves to delve deep in the dark underbelly of politics and power to seek out the dangerous men hidden behind money and influence.

This is a high octane ride, I can easily see it as a modern take on James Bond, swapping black tie for biker jeans and Q for a genius refugee with more than a few tricks up her sleeves.

Adam Hamdy sent me a copy of this book to see me through self-isolation, which was very kind of him, but I think I would have picked up a copy somewhere as it’s a cracking read and I will certainly be looking out for the next in the series to hit the shelves.

I was not asked to review this book but I chose to in order to say thank you to Adam for sending me a copy.