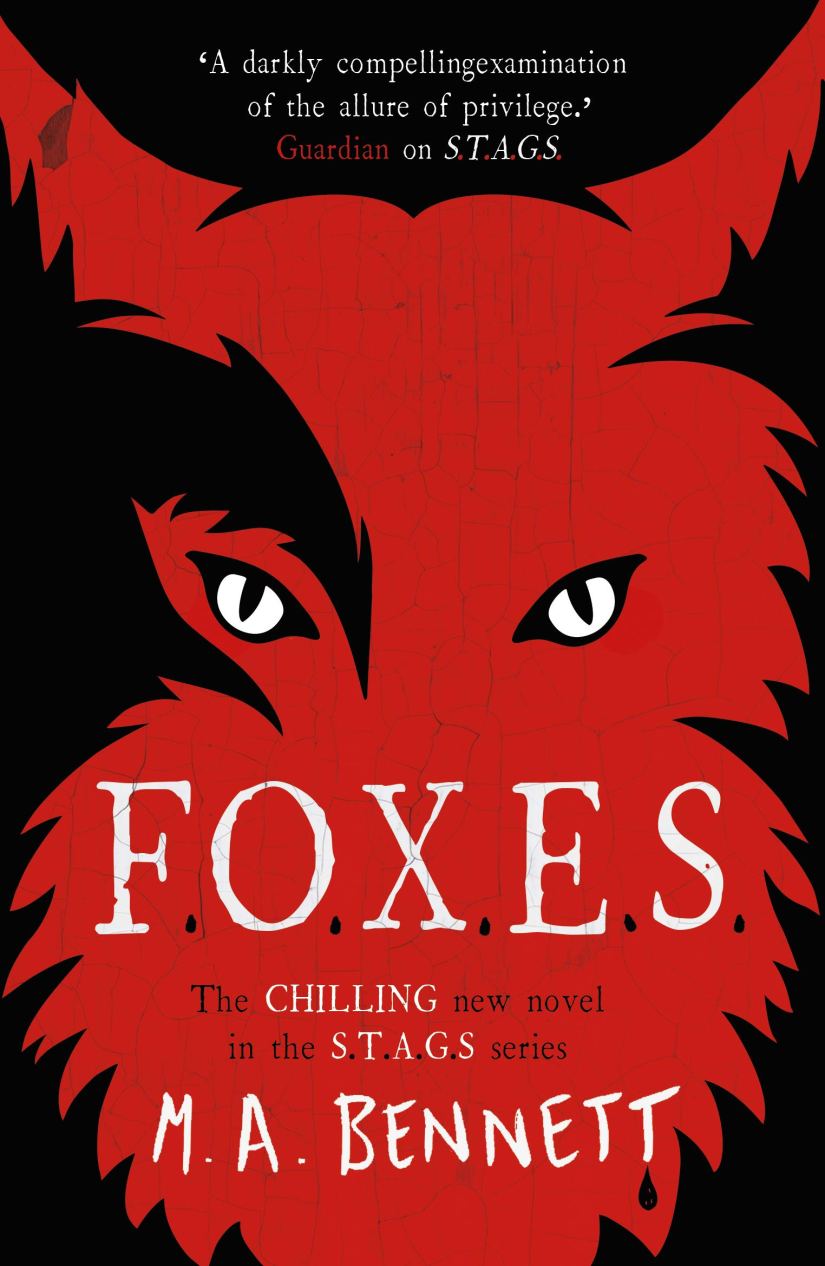 Greer has just recovered from her terrifying experience during the STAGS play. Was she really put on trial by the sinister Dark Order of the Grand Stag? Or was it purely her overheated imagination? The imprint of an ‘M’ for murderer that has appeared on her thumb, though, is puzzling but incomplete evidence . . .

Meanwhile Ty is staying on at Longcross Manor and Greer, Nel and Shafeen are increasingly worried for her safety. When Ty sends a cryptic message directing them to Cumberland Place, the de Warlencourts’ palatial home in London, they decide to risk a visit. There they meet Henry’s grieving parents, Rollo and Caro. Rollo is arrogant, entitled and not overly grieving. Caro, however, while superficially charming, is clearly pushed to the brink of madness by Henry’s death, insisting that Henry is still alive. Which is clearly impossible . . . but Greer has her own troubling doubts about Henry’s death which make it hard to dismiss Caro completely . . .

Can Greer, Shafeen and Nel work out what Rollo de Warlencourt is planning for his deadly Boxing Day Hunt at Longcross in time to save Ty – who has now gone silent? Or will history horribly repeat itself?

A thrilling, richly complex instalment in the STAGS series.

M. A. BENNETT is a history graduate of Oxford University and the University of Venice, where she specialised in the study of Shakespeare’s plays as a historical source. Her first YA novel, S.T.A.G.S., was published in 2017 and was shortlisted for the YA BOOK PRIZE 2018, winning various awards such as the Warwickshire Secondary Book Award 2019 and the Sussex Coast Schools Amazing Book Award 2019, both voted by students, and won the Great Reads ‘Most Read’ 2018 Senior Award.

You really should read S.T.A.G.S and D.O.G.S first to get you up to speed on what Greer, Nel and Shafeen are dealing with in F.O.X.E.S but it isn’t essential.

After almost dying several times at the hands of some of their classmates and the nasty Order of the Stag, you’d think these three would have transferred to somewhere less murderous and called in the police, social services and OFSTED, but no, they’re going to try to bring down the Order with the help of Ty, and a few other new acquaintances along the way.

Honestly, I found myself veering between horror and wondering exactly how dumb Greer actually is. She thinks mostly in terrible films, seems to forget the modern world exists, which I know is the point of the awful school they’re at, and wander around with her head in the clouds.

Thankfully Nel and Shafeen are a bit more with it, Nel is easily my favourite character.

The book left me with more questions than answers, no doubt some will be explained in the next book. I read Ben Jonson at uni, but he didn’t seem nearly as interesting as in these books, so I’m off to research his connections to the Gunpowder Plot…