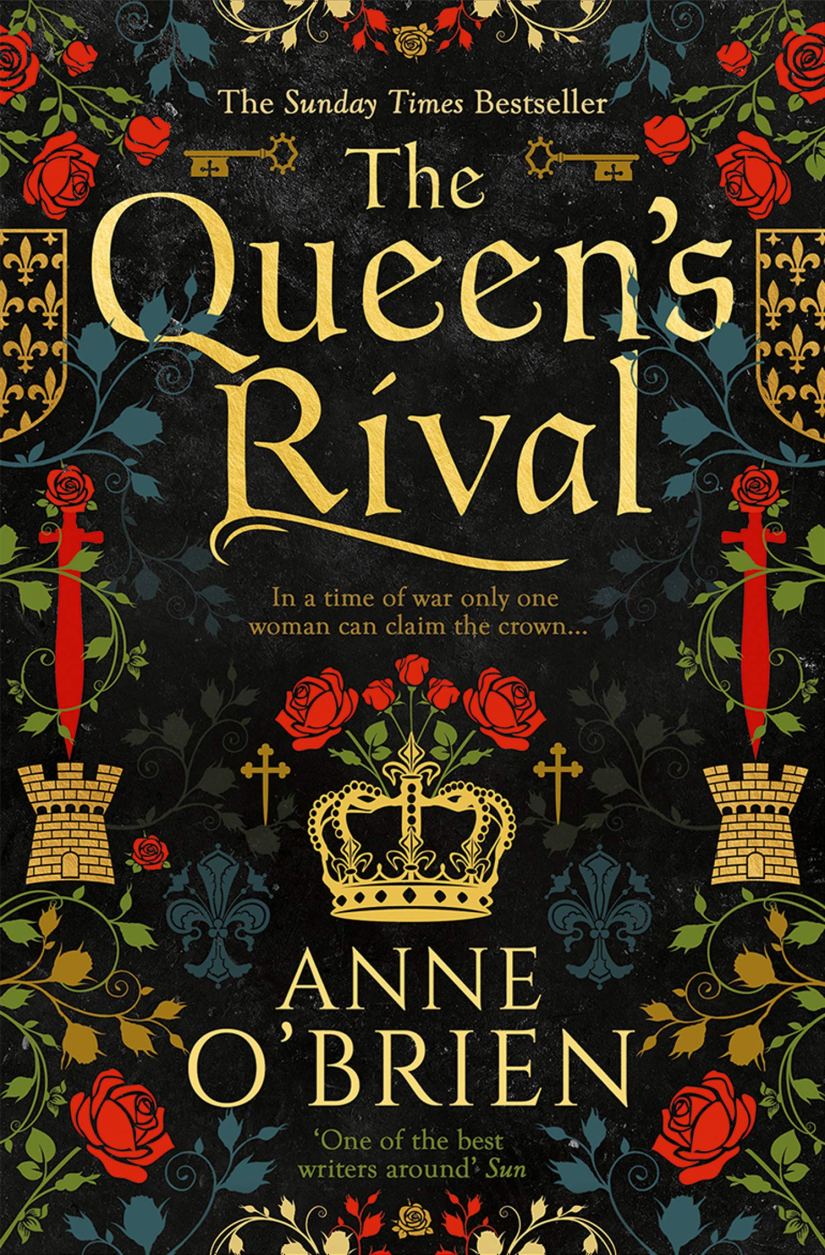 The forgotten story of Cecily Neville, Duchess of York. A strong woman who claimed the throne for her family in a time of war…

One family united by blood. Torn apart by war…

England, 1459: Cecily Neville, Duchess of York, is embroiled in a plot to topple the weak-minded King Henry VI from the throne. But when the Yorkists are defeated at the Battle of Ludford Bridge, Cecily’s family flee and abandon her to face a marauding Lancastrian army on her own.

Cecily can only watch as her lands are torn apart and divided up by the ruthless Queen Marguerite. From the towers of her prison in Tonbridge Castle, the Duchess begins to spin a web of deceit – one that will eventually lead to treason, to the fall of King Henry VI, and to her eldest son being crowned King Edward IV.

This is a story of heartbreak, ambition and treachery, of one woman’s quest to claim the throne during the violence and tragedy of the Wars of the Roses.

This was really interesting, I’m fascinated by the Plantagenets and the Cousins’ War (aka the War of the Roses) and especially the women.

Historically women have often been the footnotes of battles and kings, but there are several writers of historical fiction determined to bring these forgotten figures to life.

I’ve read several of Anne O’Brien’s other books and found them really enjoyable. I struggled to get into this one with its mix of letters, diary style entries and gossip column chronicles.

However once I adjusted to the style and layout (why are netgalley arcs so badly formatted?) I began to really enjoy it.

I read all of Philippa Gregory’s Plantagenet books but Duchess Cecily of York wasn’t much of a character in that, so this was an excellent insight into what she might well have been like.

Mother of two of England’s kings; Edward IV and Richard III, neither of whom had peaceful and happy reigns, as well as the ill-fated George, Duke of Clarence, and several daughters, she was married to the Duke memoralised in the children’s rhyme ‘The Grand Old Duke of York’, based on his tragic final battle, outnumbered he and son Edmund were killed.

Cecily lived with a lot of tragedy, children who died young, then the loss of her husband, son, brother and nephew in that battle. More heartbreak came with the marriage of Edward to Elizabeth Woodville, and the endless battles to keep his throne.

From this version of her, there seems a lot to admire about the woman who never became queen. She was clever, warm, shrewd, determined and strong.

I think she would have made an excellent monarch, her granddaughter married Henry VII and gave us the Tudor dynasty, which produced the ever fascinating Elizabeth I, who I think took after her great-grandmother, if this book’s Cecily is anything to go by.

An excellent addition to the stories of the extraordinary women of history, a fascinating insight into the inner life of a royal woman connected to the most powerful people in Europe during a complicated and often troubled time.