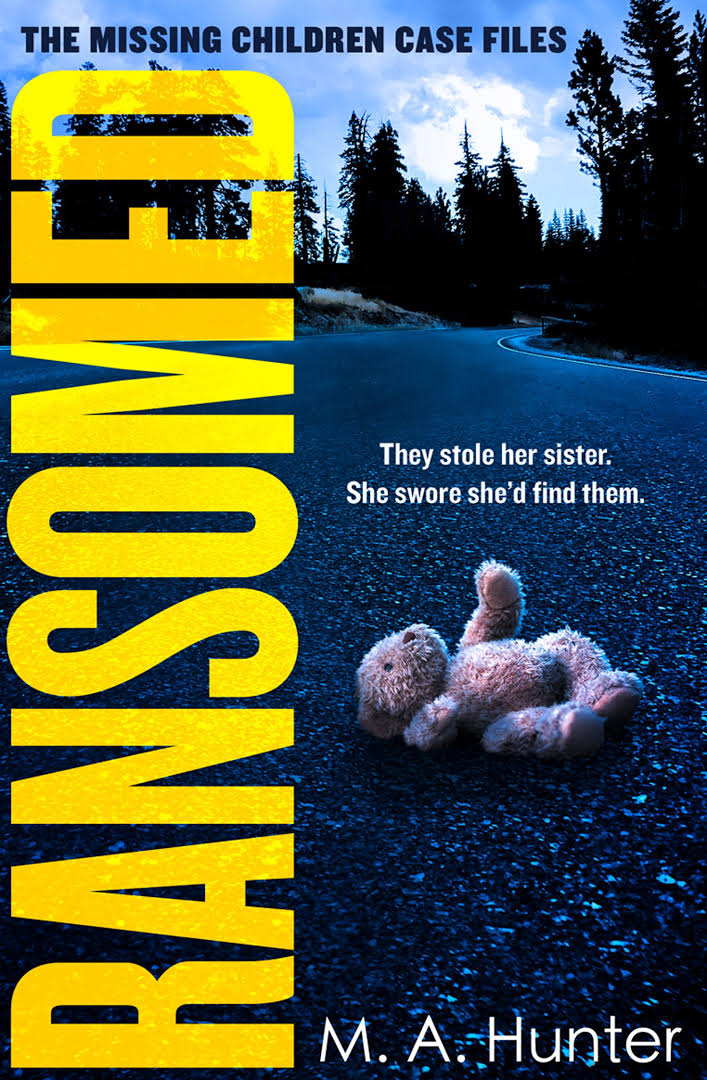 Investigative journalist Emma Hunter never thought she’d be a bestselling author. Especially not for
a blistering exposé of the brutal horrors committed at a children’s home.
Some secrets breed in the dark…

All she wants is to return home to the anchoring salt air and solitude of Weymouth where questions
still fester unanswered and a twenty-year-old secret binds her to the beach.
And some of them always escape…

But then she finds herself sucked into the chaos of another cold case and soon realises the search for
the missing girl will not only unearth the rot ravaging the safety of children across the south of England, but could even solve the mystery that has tortured her since she was seven years old…

Ransomed marks the beginning of a nerve-shredding new crime series of feral reckonings and found
family in the face of harrowing inhumanity, perfect for fans of Angela Marsons and Ann Cleeves.

Hi, I’m M.A. Hunter and have been a huge fan of crime fiction since a young age, and always fancied
the idea of trying to write some myself. That dream became a reality when One More Chapter
signed The Missing Children Case Files series.

Born in Darlington in the north-east of England, I grew up in West London, and moved to Southampton to study law at university. It’s here I fell in love and have been married for fifteen
years. We are now raising our two children, on the border of The New Forest where we enjoy going for walks amongst the wildlife. We regularly holiday across England, but have a particular affinity for
the south coast, which formed the setting for the series, spanning from Devon to Brighton, and with
a particular focus on Weymouth, one of our favourite towns.

When not writing, I regularly binge-watch the latest shows from streaming services, or have my head
buried in the latest story from Angela Marsons, Simon Kernick, or Ann Cleeves.

This was a really good read, with Emma investigating a missing child case even though she starts off not keen at all.

She wants to write about her own sister’s disappearance, but her publisher isn’t interested. So she reluctantly agrees to meet the girl’s grandfather.

As she and copper Jack delve deeper into the case, convinced it’s not as open and shut as the police believe, uncovering secrets and lies.

This was a knotty thriller, with plenty of twists and some characters who inspire strong feelings, I was suspicious of some of the family members from the start.