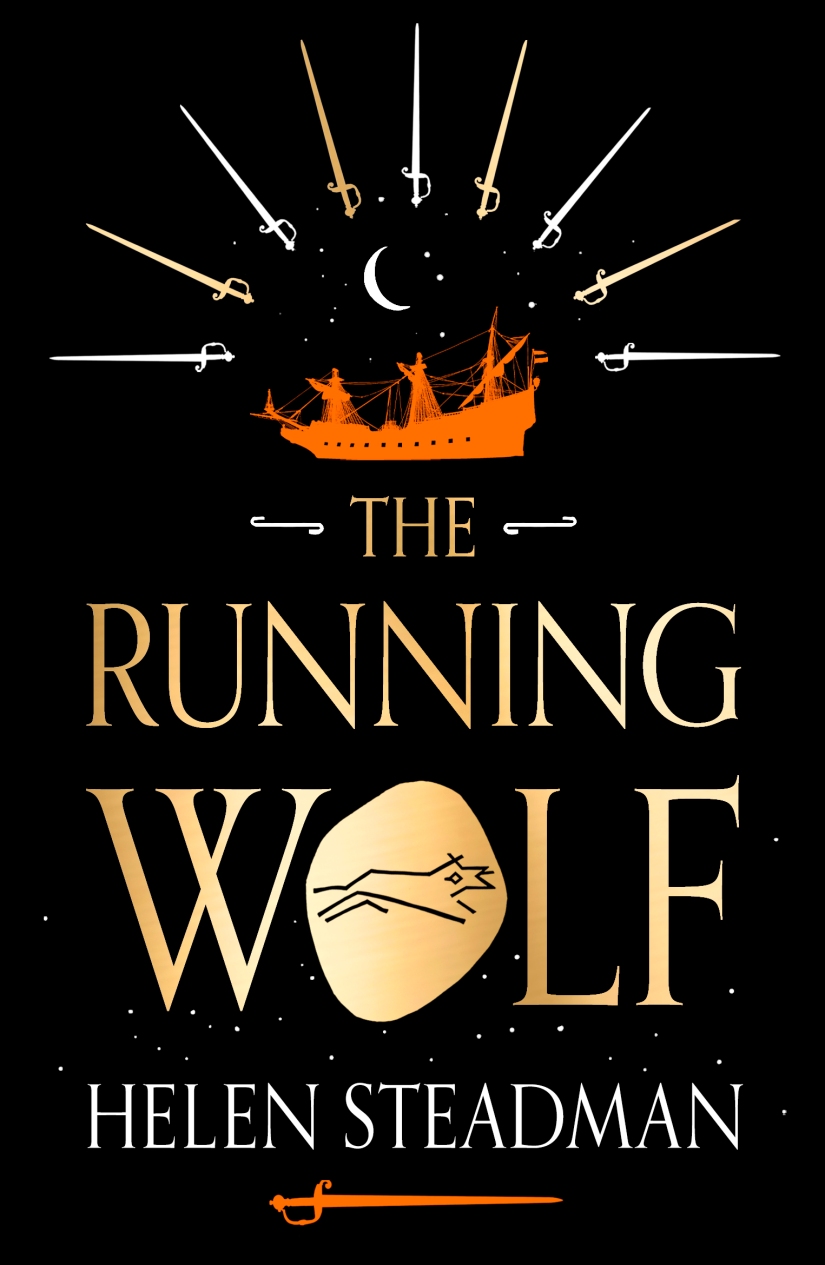 When a Prussian smuggler is imprisoned in Morpeth Gaol in the winter of 1703, why does Queen Anne’s powerful right-hand man, The Earl of Nottingham, take such a keen interest?

At the end of the turbulent 17th century, the ties that bind men are fraying, turning neighbour against neighbour, friend against friend and brother against brother. Beneath a seething layer of religious intolerance, community suspicion and political intrigue, The Running Wolf takes us deep into the heart of rebel country in the run-up to the 1715 Jacobite uprising.
Hermann Mohll is a master sword maker from Solingen in Prussia who risks his life by breaking his guild oaths and settling in England. While trying to save his family and neighbours from poverty, he is caught smuggling swords and finds himself in Morpeth Gaol facing charges of High Treason.

Determined to hold his tongue and his nerve, Mohll finds himself at the mercy of the corrupt keeper, Robert Tipstaff. The keeper fancies he can persuade the truth out of Mohll and make him face the ultimate justice: hanging, drawing and quartering. But in this tangled web of secrets and lies, just who is telling the truth?

Helen Steadman lives in the foothills of the North Pennines, and she particularly enjoys researching and writing about the history of the north east of England. Following her MA in creative writing at Manchester Met, Helen is now completing a PhD in English at the University of Aberdeen to determine whether a writer can use psycho-physical techniques to create authentic fictional characters.

This was really interesting, I don’t know a huge amount about this period of history and this book, based on real people and events, was enjoyable and engaging.

The characters are well rounded and skillfully brought to life, Hermann in particular is vivid and realistic. His family felt like people you might know and their struggles are familiar to anyone who knows someone who has moved countries for work.