The sole survivor of a murderous ambush, a Belfast police detective is forced into a desperate search for a mysterious informer that takes him to a holy islandon Lough Derg, a place shrouded in strange mists and hazy rain, where nothing is as it first appears to be.

A keeper of secrets and a purveyor of lies, the detective finds himself surrounded by enemies disguised as pilgrims, and is drawn deeper into the mysteries of the purgatorial island, where he is forced to confront a series of disturbing secrets and ghosts in his own life.

Haunting and unsettling, Turncoat probes the legacy of the Troubles, the loss of collective memories and the moral consequences for the individual.

It is a story of guilt, survival and the terrible price of self-knowledge, told through the voice of a detective with a double life. Descending into paranoia, he uncovers a sinister panorama of cover-ups and conspiracies.

The closer he edges to the truth, the deeper he is drawn into the currents of power, violence and guilt engulfing his country…

His debut Disappeared was picked as one of the Best Books of the Year by theSunday Times and was a Daily Mail Crime Novel of the Year. It was shortlisted by thebook critics of the Washington Post, the LA Times, and the San Francisco Chroniclefor a Strand Literary Award in the US. It was also selected as one of the top ten thrillers of 2012 by Kirkus Reviews and long listed for the Theakstons Crime Novel ofthe Year.

He teaches creative writing at Queen’s University Belfast and is currently writer-in-residence for County Cavan in Ireland.

Set during the Troubles in Northern Ireland, following a police detective, who as the sole survivor of a shootout becomes the focus of suspicion and investigation.

Hiding out on an island sacred to pilgrims, he wrestles with his conscience and the events that led him to this point. His fear and paranoia have him believing that many of the pilgrims are spying on him for various factions.

This is a fascinating and involving book, exploring ideas of collective guilt, memory and conspiracy in those supposed to serve and protect the people.

You’re drawn into the web of secrets and lies within the agencies watching as well as the claustrophobic atmosphere of the holy Isle, where pilgrims walk the stations of the cross in prayer all day long, barefoot and fasting. 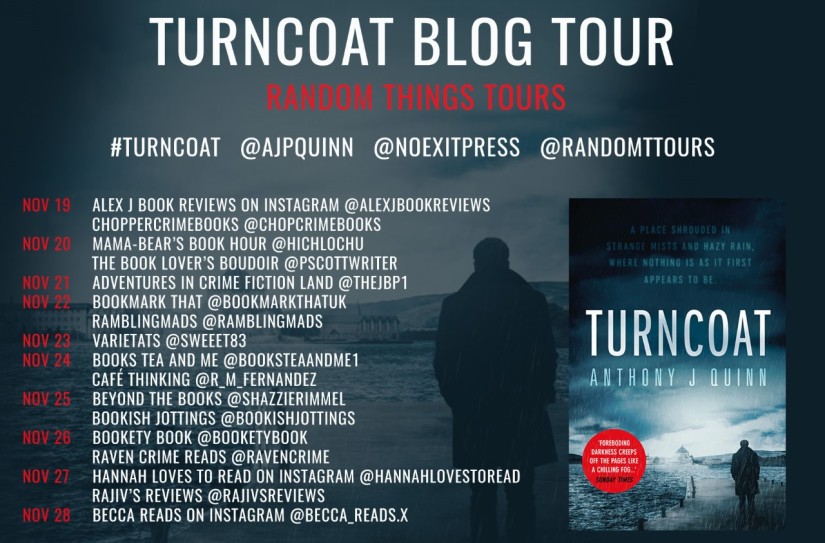