Lindisfarne, AD793.There had been portents – famine, whirlwinds, lightning from clear skies, serpents seen flying through the air. But when the raiders came, no one was prepared.
They came from the North, their dragon-prowed longships gliding out of the dawn mist as they descended on the kingdom’s most sacred site.
It is 8th June AD793, and with the pillage of the monastery on Lindisfarne, the Viking Age has begun.
While his fellow monks flee before the Norse onslaught, one young novice stands his ground. He has been taught to turn the other cheek, but faced with the slaughter of his
brothers and the pagan desecration of his church, forgiveness is impossible.
Hunlaf soon learns that there is a time for faith and prayer . . . and there is a time for swords.

Matthew Harffy grew up in Northumberland where the rugged terrain, ruined castles and rocky coastline had a huge impact on him. He now lives in Wiltshire, England, with his wife and their two daughters.

I really enjoyed this slice of history brought to life. I remember learning about Lindisfarne as a child, and being fascinated as to why the Vikings targeted a small religious community, before learning about the extreme wealth of the Church. And then I got it.

Halfur is a great protagonist – a warrior monk in a time before warrior monks (see the Crusades, William the Conqueror’s axe wielding brother, Bishop Odo). He believes God wants him to take up a sword and defend people against invaders who would kill them and steal from them.

His band of fighters, literally drawn from every corner of Britain (and Ireland) are a rag tag bunch but incredibly brave and determined. Each has their own reasons for joining and their own weapons and fighting style. I liked the urbane Welsh swordsman and the female archer Wulfwaru (my tiny Grandma, from Devon, was an award winning archer in her time), the best, although Cormac the Irishman, out for revenge was actually rather sweet.

This was an action packed book, roaming the bleak Northumberland landscape (where part of my family hailed from) and protecting the coastline from the Scandinavian raiders.

Fascinating, entertaining and vividly written, a treat for historical fiction fans, fingers crossed for more of Halfur’s adventures, the things hinted at throughout the text, his memoirs, suggest tremendous adventures await. 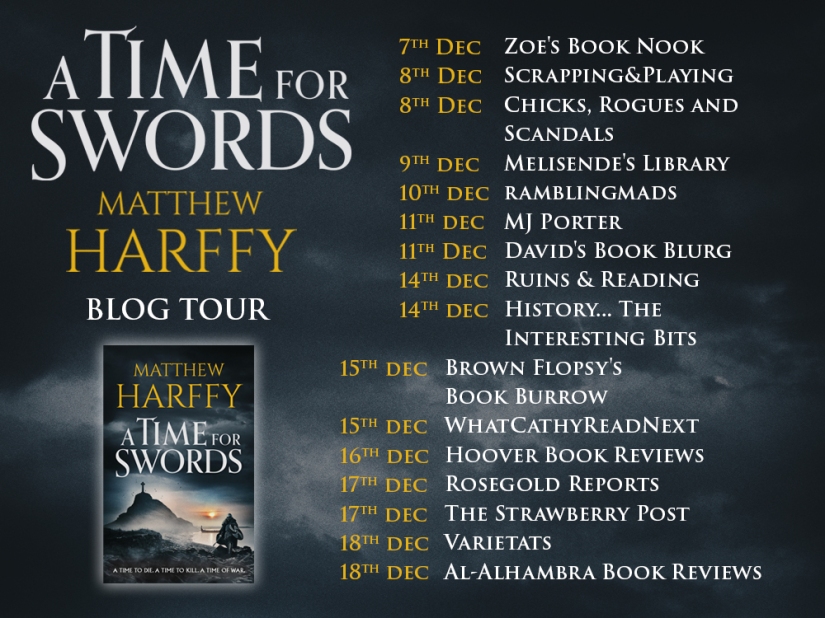