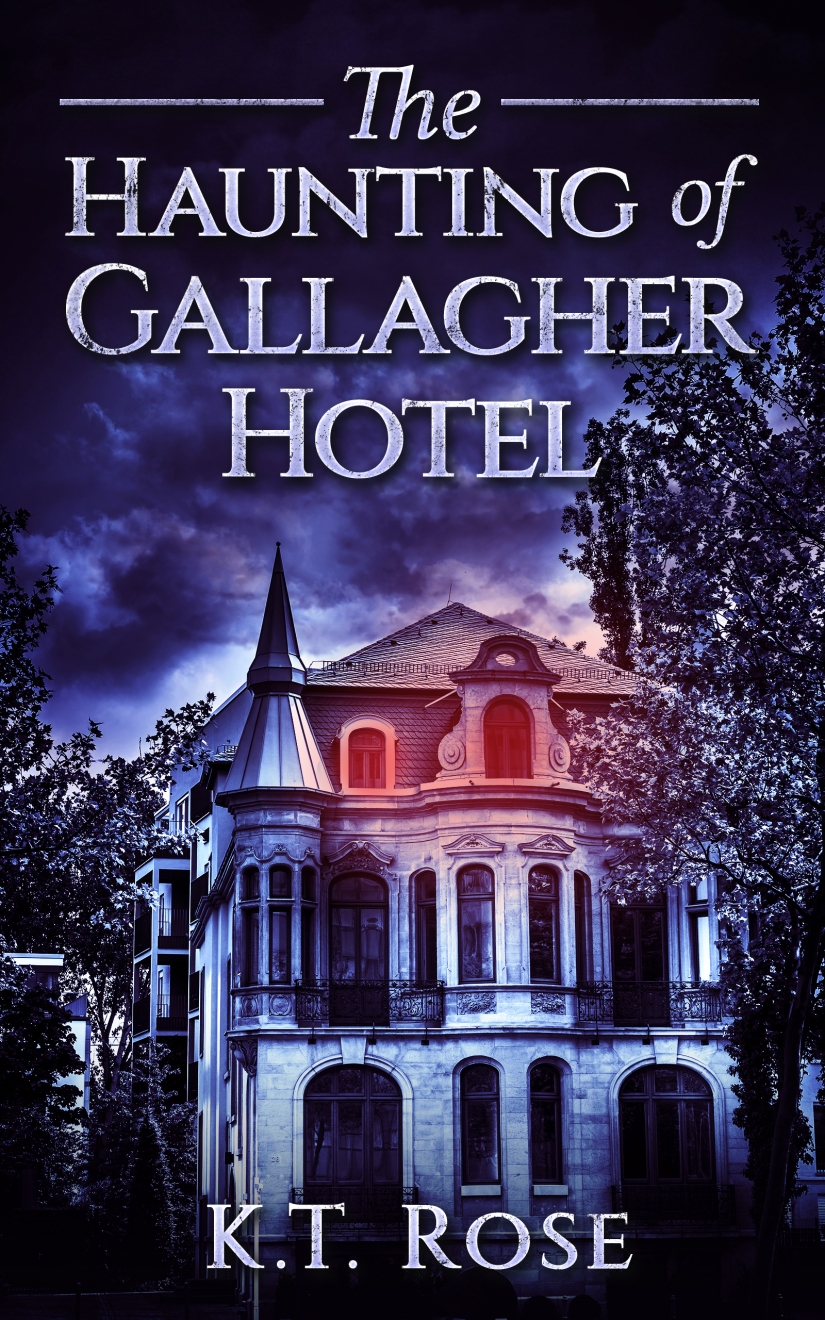 Pride and greed infect the soul, anchoring the dead to Gallagher Hotel.

When Chris, a master thief, and Riley, a contract waitress, get mysterious invites to an exclusive party at the haunted Gallagher Hotel, they discover that there is more at play than simple celebrations.

Hidden truths are revealed, and all hell breaks loose. But the “party” has just begun.

Now, Chris and Riley face their demons as they fight to survive a hellish nightmare full of spoiled secrets, carnage, and vengeful spirits lost to the hotel dating back to the turn of the 20th century.

Will they survive the night? Or will their souls be devoured by the most haunted building in Michigan?

Deputy Hill yanked her arm, leading her through the narrow path the townspeople created. Fists balled, Trudy groaned as the rope around her wrists dug into her skin. Her bare feet picked up glass shards and debris from the cobblestone path as she shuffled along.

She glared around at the angry faces and recognized the men, women, and children of Holloway. She’d done more for them than any God before her. Many of those people owned the very businesses that lined the stone slab she marched across that night. Building and financing the rows of wooden businesses lining the town’s square accounted for half the things she’d done for Holloway. She fed the hungry, made clothes for cold children, and taught woman’s independence. The ever-growing list of the townspeople’s wants was endless. At one point, she didn’t mind the busy work. Fulfilling dreams of the once poor town kept her boisterous and distracted from her bitter reality. Trudy was Holloway’s personal shepherd, making the people her needy sheep.

Hands snagged at her lavender tea gown, adding dirty prints to the blood drops and grime from the beatings in that putrid cell. She glared at the bare-faced man towering over her. The brim of his deputy hat cast a thick shadow, hiding his dark eyes and pale face.

Deputy would miss her. She was sure of it. He got off on the assaults that bruised her face. His heavy fists pounded her bones and scraped her skin until she confessed. And even after her confession, he continued with his evening visits, slamming her body into cinder block walls and passing off open-handed blows to her nose, cheeks, and eyes.

Trudy sighed. A bath with lavender and Epsom salt sounded good for the swelling. She didn’t realize how bloated and purple her once beautiful, fairly smooth skin had become until she passed by the picture window in front of the town’s jail just before they began her walk of shame. Her dark hair matted to her forehead, washed by sweat and blood. Her plump lips were chapped and bloated with bruises.

Even then, her face pulsed with intense hurt. Pain shot through it whenever she winced.

The sea of convictions roared, growing louder as she drew closer to the opposite end of the square.

Their accusations sent a sickening jolt through her bones. She watched the path underneath her slowing feet, fighting back the tears.

This was a strange and creepy/weird story of a hotel that says it’s haunted but is actually a portal to Hell. It’s not ghosts you have to be wary of, but demonic beings looking to send you straight down to their boss.

Riley is hired as a waitress for a special event at the hotel, but really she’s been lured there as the only innocent soul among a very bad bunch. It will take everything she has to escape the nightmarish establishment and return to her life.

Weird, twisted and gory, the guests all go to suitably macabre ends, as their crimes and sins come to collect on them.