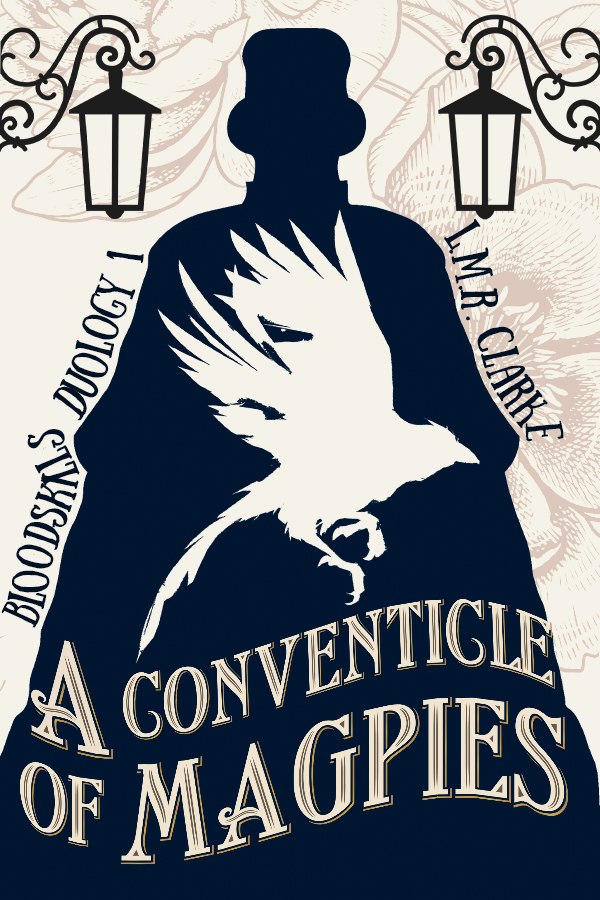 Rook is a thief, and entirely unapologetic about it as she’s determined to do anything to ensure her mother and siblings survive the squalid and dangerous streets of Stamchester.

Rook slips in and out of the homes of the ruling elite of Stamchester, the Avanish,like a shadow taking what she needs without regret.

Why should she? Had the Avanish not stolen her own people, the Saouiasei, from their own homes years before and transported them across the ocean to Stamchester to work as virtual slaves?

And, now the Avanish had no more use for Rook and her people, where they not determined to dispose of them?

The Avanish had already laid waste to a swathe of Saouiasei homes, a region which had become known as ‘The Scar’, in an attempt to drive them out?

However, Rook was not the only person hiding in the shadows. A far more dangerous figure was haunting the filthy streets of Stamchester striking fear into Avanish and Saouiasei alike; Billy Drainer, a serial killer who not only murdered his victims but drained them of every ounce of their precious, life giving blood.

For within blood was a highly sought-after commodity, the ability to enhance a person’s natural abilities through the art of Bloodskill. To be faster and stronger than a normal person was something those with money were willing to pay handsomely for.

‘A Conventicle of Magpies’ is a fast-paced gaslamp fantasy adventure set in a Victorian-inspired world. Perfect for fans of Charlie N. Holmberg’s Spellbreaker and Susanna Clarke’s Jonathan Strange & Mr. Norrell.

Safe and sound in the Magpie’s Nest, Rook divested herself of her corseted dress and heels and returned to the comfort of a shirt and trousers. The young woman fell into an armchair, threw her booted feet onto the battered coffee table, and plucked up a newspaper. Even though she’d been out all day, she hadn’t seen the latest in the Stamchester Review. As she scanned the page, Rook shook her head, and a lock of black hair fell over her face.

YET ANOTHER BLOODLESS CORPSE

At two o’clock this morning, a police constable came upon the scene of yet another gruesome murder. The body, which has not yet been identified, was found on the southbank end of the Buxridge Bridge. Like the other five bodies found in similar circumstances over the last few months, the corpse appeared to be drained of every last ounce of blood. Suspicion for this killing falls once more on the elusive fiend known only as Billy Drainer, although Inspector Kip Kerstammen declined to comment on this observation.

Rook licked her thumb and flicked to the next page. Inches and inches of news stretched through the broadsheet, as always full of sensationalism and very little fact. Only two parties enjoyed Stamchester’s string of murders: so-called Billy Drainer himself, whoever he was, and the newspapers. Both made significant gains from the events. News was always a profitable commodity in Stamchester, but blood was more valuable than gold. Those corpses weren’t bloodless for no reason.

A cough came from the doorway. Rook glanced up from the grim columns. A slim figure stood in the doorway, a tiny girl at the end of her teenage years. Pigeon stood in the low doorframe that led to the main Nest bar and jerked her head. The action sent her mass of dark curls tumbling to one side.

Win a signed copy of the book!

I’m LMR Clarke, though you can call me Rain, and I’m a writer from Northern Ireland. I’m thirty-something, a parent, and a teacher. I love books and I also draw.

I’m an enby (non-binary) and am still finding my way! My stories are all about identity and acceptance and trying to find your place in the world.

This was really enjoyable and a great start to a new duology, setting up explosive events to come, as Rook and her friends determine to stop the oppression of their people once and for all.

As well as fighting against monstrous government oppressors determined to do terrible harm, there’s also a serial killer stalking the streets, and Rook runs into him. He needs stopping too, but can she bring herself to take a life?

Rook is an interesting protagonist, her crimes never harm anyone directly and she tries to be a Robin Hood type figure, taking from rich factory owners to help out their poor employees, whose wages don’t stretch far enough. She’s loyal and her family mean everything to her.

I look forward to reading book two of this smart and intelligent series.