When Rich stumbles upon a secret Victorian underground network, he sees not only a great historical discovery, but also a way out of his humdrum life. He convinces three of his friends to join him, and together they venture deep into the maze of tunnels beneath London’s bustling streets.

A rude girl made good. An aspiring writer. A cinema usher from Wales. A bookseller who dreams of being an urban explorer. Four friends trapped together in one nightmarish situation as they realise some things are kept secret for a reason.
Will any of them manage to escape the horror that lurks in the DEEP LEVEL?

By day, Richard E. Rock works as a commercial scriptwriter for radio and contributes ideas to Viz Comic. But by night…he writes horror.
He was inspired to do this after experiencing a series of particularly ferocious nightmares. After waking up and realising he could turn these into utterly horrible stories, he started deliberately inducing them.

Based in Wales, he lives with his girlfriend and their cat. If you’re looking for him, you’ll probably find
him wedged up against the barrier at a heavy metal gig, for that is his natural habitat.

As someone who’s fascinated by the layers and layers of history buried beneath London’s streets this sounded fascinating. And it was, then it was really, really creepy. In the best way, where you get a shiver down your spine and you are really pleased you’re safely in your home reading and not wandering around in the dark being terrorised by monsters.

Truly sinister and unnerving, this is a great book for those who like their horror malevolent and greedy. 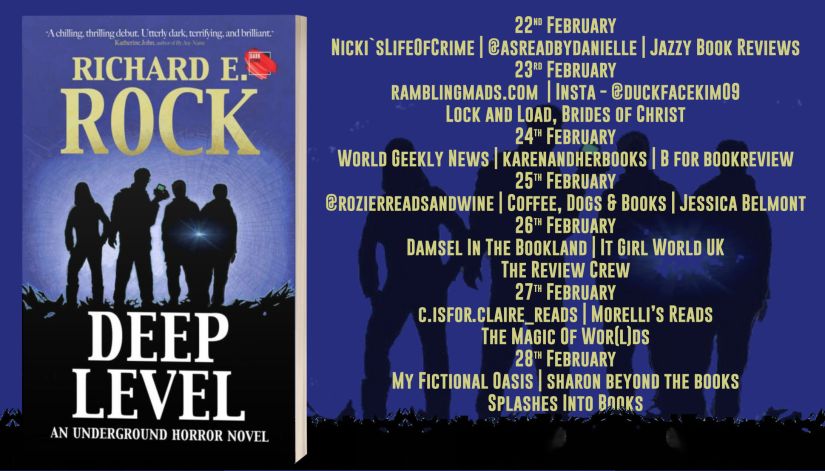