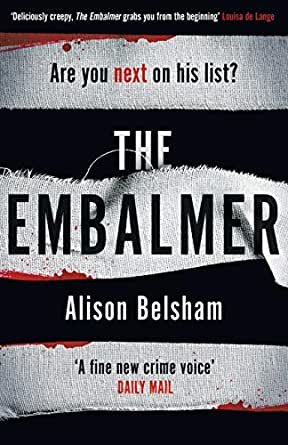 Has the ancient Egyptian cult of immortality resurfaced in Brighton?

When a freshly-mummified body is discovered at the Brighton Museum of Natural History, Detective Francis Sullivan is at a loss to identify the desiccated woman. But as Egyptian burial jars of body parts with cryptic messages attached start appearing, he realises he has a serial killer on his hands. Revenge, obsession and an ancient religion form a potent mix, unleashing a wave of terror throughout the city. Caught in a race against time while battling his own demons, Francis must fight to uncover the true identity of the Embalmer before it’s too late…

This was really good, totally weird and creepy but thoroughly enjoyable and gripping too.

A mummified body is left in a local museum, complete with canopic jars containing organs, more bodies, and jars, start to turn up.

The team, led by DI Sullivan, are racing against time to find their killer, but Sullivan gets a bit distracted by another case that hits closer to home, and doesn’t give this his full focus at times.

I really liked the relationships between the different detectives, the tensions added more depth to the characters and provided an extra dimension that made them seem more realistic. The use of Ancient Egyptian iconography and hieroglyphs was also rather intriguing, making it all seem a bit more sinister than just leaving dead bodies.

Balsham uses the Brighton location really well with set pieces on the pier and at the famous Pavilion. Even if you don’t know Brighton you might well have seen these locations on TV and can imagine the fading splendour of the Regency buildings.

A cracking read and a really enjoyable crime thriller, that as a series, is set to run and run. 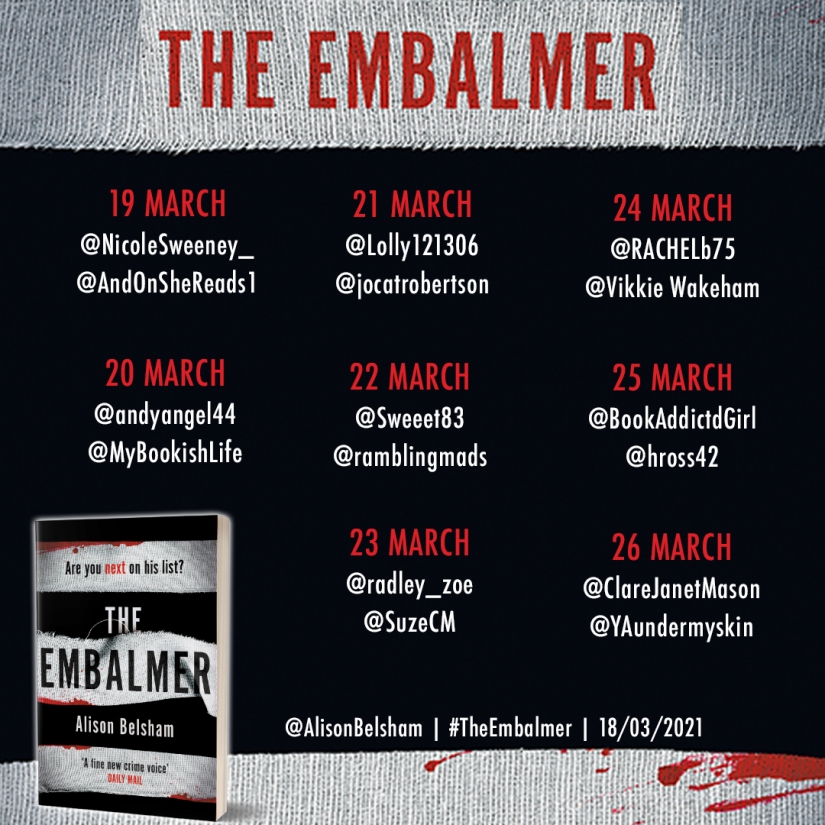