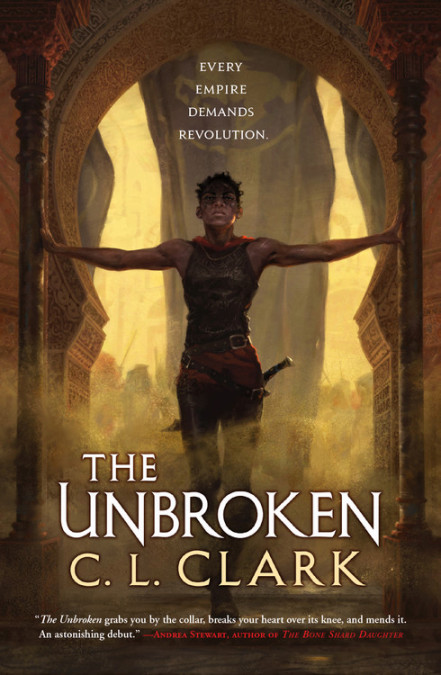 In an epic fantasy unlike any other, two women clash in a world full of rebellion, espionage, and military might on the far outreaches of a crumbling desert empire.
Touraine is a soldier. Stolen as a child and raised to kill and die for the empire, her only loyalty is to her fellow conscripts. But now, her company has been sent back to her homeland to stop a rebellion, and the ties of blood may be stronger than she thought.

Luca needs a turncoat. Someone desperate enough to tiptoe the bayonet’s edge between treason and orders. Someone who can sway the rebels toward peace, while Luca focuses on what really matters: getting her uncle off her throne.

Through assassinations and massacres, in bedrooms and war rooms, Touraine and Luca will haggle over the price of a nation. But some things aren’t for sale.

This was a brilliant read, so well written with the world building inspired by North African history and its peoples. The way it’s set up is clever, parts are very moving and gripping, there’s magic and pitched street battles, negotiations and secret rendezvous.

Both Touraine and Luca are intriguing, devisive characters, it’s easy to like and dislike them at the same time. They share an optimism, Touraine’s a little more jaded, but both want change, a better life for the people of Qazal and the people but have very complicated paths ahead of them to achieve it.

A fantastic first book from a new voice in modern fantasy. 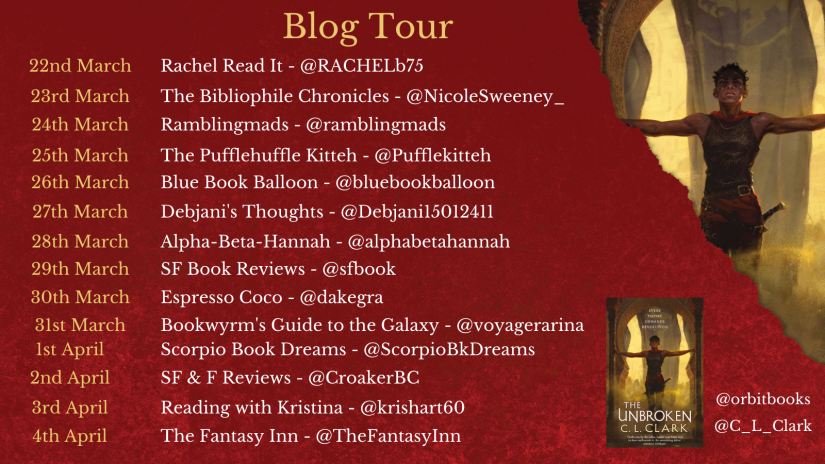