Find links to all my previous reviews of this series here

On a remote island, everyone is a suspect…

When Private Investigator Hanlon is hired to protect famous yoga instructor Camille Anderson on her Scottish island retreat, she thinks this may be her simplest job yet.

But when an attack on Camille’s life goes wrong, it soon becomes clear that there is a murderer on the island – and Hanlon will stop at nothing to track them down.

With only a small group of guests the suspects are clear, but as the body count rises Hanlon must step up to find out who the killer is before it’s too late…

A tense, atmospheric page-turner from Alex Coombs. Perfect for fans of Angela Marsons and Lisa Regan.

Alex Coombs studied Arabic at Oxford and Edinburgh Universities and went on to work in adult education and then retrained to be a chef. He is the author of the highly acclaimed DCI Hanlon series.

I really like the Hanlon books, both as a police officer and the newer PI ones, they’re smart, engaging and enjoyable so I knew I was going to like this.

Playing with conventions of crime fiction, from the And Then There Were None style remote island setting, to the hidden killer and the old switcheroo, this is a clever piece of writing that throws up red herrings and sends Hanlon all over Scotland looking for clues.

I enjoyed the development of Hanlon too, her burgeoning relationship with Murdo adds some depth to her character, although obviously Wemyss the dog remains her first love. 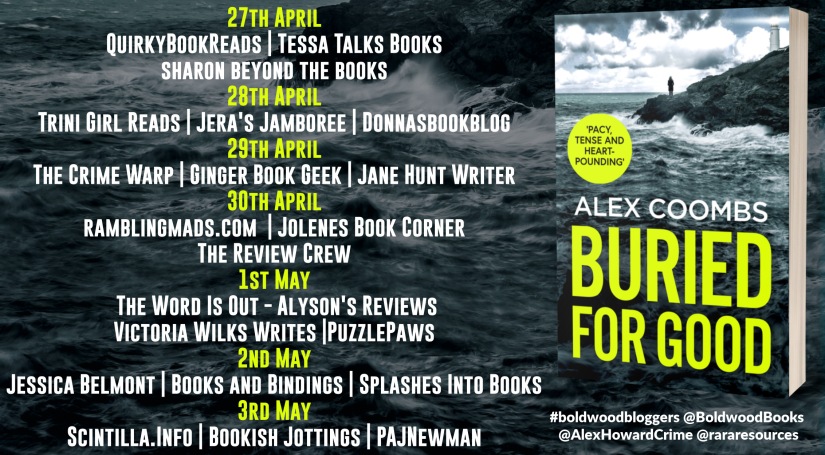