Today we are celebrating the release of Deadly Scars, book 4 in her Scars of Days Forgotten series! Read on for more info!

Nothing is as it seems. No one is safe.

Wren is alive, but she’s not happy about it. Not when she’s in the clutches of The Council and soul-linked to Darshan, a man whose misplaced loyalties have gotten far too many killed. From the moment she wakes up in the Council’s fortress in the Mountains, she is desperate to find a way out and back to Misha and the Resistance. But this time there will be no rescue. Not when the Resistance thinks she’s dead.

Now a Commander in the Psi Army, Darshan is determined to protect those he cares for and stop the Council. But he can’t do it alone. There are still so many secrets he doesn’t have answers to, and every choice he makes could be a death sentence to someone he loves. He and Wren soon realize that to get what they want they need to work together and play the parts the Council has set out for them. But can they trust each other? Or will one of them end up betraying the other?

Misha believes he watched the woman he loves die the death that was meant for him and now he’s bent on revenge. But his revenge is put on hold when Psi begin attacking humans and draining them of blood. As he, Greta, and those left with the Resistance begin to investigate, things only get worse and more confusing. And soon the Psi attacks aren’t the only ones they have to worry about.

Because something worse is coming. Something that might make monsters of us all. 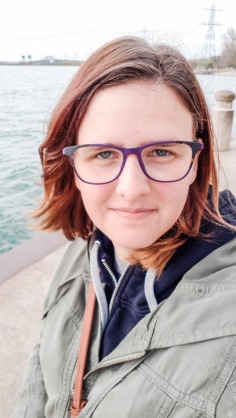 Natalie J. Reddy is a Canadian Author who spends her days trying to escape reality by making up stories about the characters in her head.

Natalie realized at an early age that she had a passion for storytelling and that passion followed her into adulthood. There is nothing she loves more than to be pulled into a fictional world whether it’s in her own writing or the writing of others. Natalie is the author of the Scar of Days Forgotten series, a New Adult Urban Fantasy series with characters who have supernatural abilities and dark and sometimes unknown pasts to overcome.

When she’s not writing, Natalie can be found having all sorts of real-life adventures with her husband and daughter or curled up with a good book and a cup of tea.

To keep up to date on upcoming books, subscribe to Natalie’s newsletter at nataliejreddy.com