I’m pleased to share the next exciting novel in The Birth of the Fae series, Thine Eyes of Mercy by Danielle M. Orsino. Read on for more info and a chance to win a mystery FairyLoot Crate! 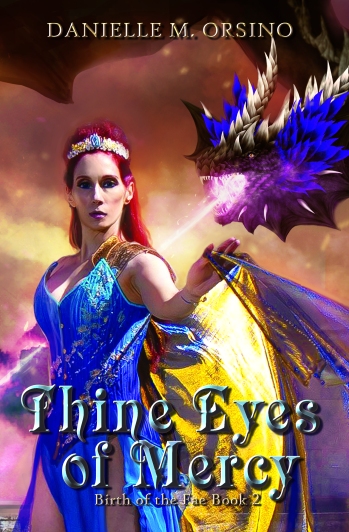 Birth of the Fae: Thine Eyes of Mercy, Book Two

Queen Aurora, monarch of the Court of Light Fae and King Jarvok, Leader of the Court of Dark Fae are exhausted and battle worn after centuries of fighting. A war of attrition   had taken its toll upon their kin and power bases.

What happens when you have to give in to your enemy?

All wars eventually end even magical ones. The Dark and Light Fae have set their elemental magick and weapons down but, all is not quiet in the Veil…

King Jarvok was confident his army could win the war, but at what cost? It was time to act like a King not a power hungry megalomaniac. That was his Creator’s title not his. He reaches out to Queen Aurora, and the Treaty of Bodhicitta is signed.

The treaty promises the Fae will never spill each other’s blood again. Rules for their human worshipers are put into place. The Court of Dark must not interfere with humans in a malignant way, but they can act as gods and goddesses of atonement. The Court of Light can return to acting as advisors to the European royal families, as they have done for centuries.

However, Queen Aurora and King Jarvok will learn that while they were playing war games, their humans have changed and moved away from the old ways.

The two monarchs face unknown challenges in a world where Christianity not paganism is the new power.

Sometimes the devil you know is better than the one you do not.

Available on Amazon and at Barnes & Noble

Locked Out of Heaven (Birth of the Fae #1)

Ride on the backs of fire-breathing dragons with the Dark Fae and watch the Light Fae play in the shadows of primitive humanity as they build their magical world.
Abandoned by their creator, two factions of powerful angels remain on earth after the Great War with Lucifer. They struggle to comprehend their Creator’s plan while their angel wings, a symbol of their angelic lineage, slowly and painfully decay. With no hope of returning to the Shining Kingdom, two groups of angels denounce their angelic lineage and develop into separate factions – the Court of Light, led by Queen Aurora, a former Virtue Angel, and the Court of Dark, ruled by King Jarvok, a former Power Brigade Angel. The two monarchs have opposing views on how to govern their kin, but the one belief they agree on is that human worship equals power.
Birth of the Fae: Locked Out of Heaven is an epic-fantasy adventure of heartbreak, rebirth, and hope that examines the bonds of family, friendship, and love. It is a fantastic tale of good versus evil in a beautiful world, where the Light Fae and their potent elemental magick are tested by the raw power of the dragon-riding Dark Fae warriors.
They are their own beings and masters of their own destiny. They are the Fae. 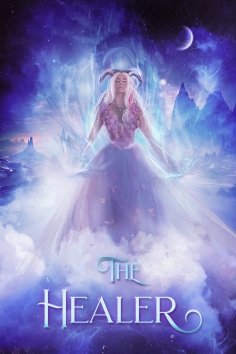 Danielle M Orsino, destined to be a writer from a young age, was working as a nurse and treating a patient who needed some distractions during long I.V. Treatment sessions. So, Orsino reached back to a forgotten skill, A childhood dream. Danielle had wanted to be a writer and so she decided to tell a story. Little did she know the seed would grow into a fantastically epic adventure of heartbreak, hope and rebirth — Birth of Fae: Locked Out of Heaven. Drawing from her passion for comic books, Cosplay and fantasy along with her expert martial arts expertise, Orsino brings forth an electric and hopeful debut.

Danielle is taking on her biggest challenge to date: taking the story born from the long treatment sessions with a patient into a fantasy book series-Birth of the Fae: Locked out of Heaven. Expanding her love of writing, comics and exploring the world of fantasy novels, she delves into the realm of fairies and retells their origins from a completely new perspective. Orsino has a Bachelor’s degree in Kinesiology and Exercise science and is an LPN with a special interest in Lyme disease research. Orsino has been widely recognized from her influence and experience in martial arts realm, training for over 20 years and with over 500 tournament wins, and accumulating national and world titles. She has performed for former President of the United States Bill Clinton and has been featured on “Soap Talk, Fox Five news CBS, TLC and E! With this experience, she worked as a Fight Choreographer on ”Wonder Woman: Balance of Power” and has worked with the likes of martial arts legend Vincent Lyn and WWE marvel and action star Dwayne “The Rock” Johnson. Nothing Danielle ever does is simple, look at what NY times Bestselling author Clete Barrett Smith has to say about her debut endeavor: “After summoning this world into existence through an imaginative force of will, Danielle has scoured every inch of the landscape several times over. Critics often praise a story’s world building by saying that it feels “lived in.” Well, the world of the Fae certainly seems like that because Danielle herself has happily lived there for years as she worked to put all of this together…My favorite part of this story is that it is gloriously depicted in vibrant images.