Cases 7 & 8 from the DCS Palmer and the Serial Murder Squad series. In Burning ambition an organised crime gang leader wants one last big heist as a signature to his career. He chooses the Royal Mint in Wales. But other criminals have learnt of this planned heist and want ‘in’. The answer is ‘no’ but the arguments develope into murders which brings in Palmer and his team. Will they be in time to stop the job and prevent any more murders?

In Takeaway Terror two organised crime families fight over the lucrative London West End drugs trade. Are the fast food delivery lads on their mopeds delivering more than takeaways? Why have three been killed by a hit and run driver? Old school gangsters go to war with an incoming foreign drugs lord family. Palmer needs to get inside, but once inside will he get out? alive? 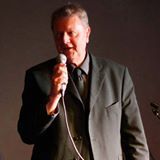 Barry Faulkner was born into a family of petty criminals in Herne Hill, South London. His father, uncles and older siblings ran with the Richardson Crime family from time to time. At this point we must point out that he did not follow in that family tradition although the characters he met and their escapades he witnessed have added a certain authenticity to his books. He attended the first ever comprehensive school in the UK, William Penn in Peckham and East Dulwich, where he attained no academic qualifications other than GCE ‘O’ level in Art and English and a Prefect’s badge (though some say he stole all three!)
His mother was a fashion model and had great theatrical aspirations for young Faulkner and pushed him into auditioning for the Morley Academy of Dramatic Art at the Elephant and Castle, where he was accepted but only lasted three months before being asked to leave as no visible talent had surfaced. Mind you, during his time at the Academy he was called to audition for the National Youth Theatre by Trevor Nunn – fifty years later, he’s still waiting for the call back!
His early writing career was as a copywriter with the advertising agency Erwin Wasey Ruthrauff & Ryan in Paddington, during which time he got lucky with some light entertainment scripts sent to the BBC and Independent Television and became a script editor and writer on a freelance basis, working on most of the LE shows of the 1980-90s. During that period, while living out of a suitcase in UK hotels for a lot of the time, he filled many notebooks with DCS Palmer case plots; and in 2015 he finally found time to start putting them in order and into book form. Six are finished and published so far, with more to come. He hopes you enjoy reading them as much as he enjoyed writing them. If you do read one please leave a review as your comments are very much appreciated.
You can find out more about Barry Faulkner and the real UK major heists and robberies, including the Brinks Mat robbery and the Hatton Garden Heist; plus the gangs and criminals that carried them out, including the Krays and the Richardsons, on his crime blog at http://www.geezers2016.wordpress.com. Faulkner also regularly gives illustrated talks on that era to WI and other social clubs. barryfaulkner1@btopenworld.com for details.

They don’t make criminals like they used to. The ‘faces’ in these stories hearken back to a time of gangsters and heists that you just don’t really get anymore, which makes sense when you learn about the author’s background. He knew some of the most infamous criminals in London history.

I really enjoyed these two novella length stories – DCS Palmer and his team of two (plus a few others drafted in) know the score and combining Palmer’s old school boots on the street policing with Gheeta Singh’s IT wizardry means taking down the bad guys has never looked so easy.

With a direct no-nonsense tone to match Palmer’s character, these stories crackle along, towing you in their wake. You know they’re going to get the bad guys, but how many bodies can they rack up before the cuffs are on?

Definitely for fans of British crime writing and especially for those of you who never miss a Martina Cole as these fit alongside, but from the copper’s perspective, not the con’s.

*I was kindly gifted this book in exchange for taking part in this blog tour, however all opinions remain my own.

This is the first book about private detective James Leipfold and his tech savvy assistant Maile O’Hara.

A young woman is killed by a car, a car that doesn’t appear to have had a driver. So who killed her?

Leipfold is a down at heel gumshoe, picking up this case on a whim, no client needed. Along the way he recruits an “intern” to complement his old school methods with newer ones. But is he going to solve the case or end up a casualty of it?

I wasn’t sure about this at first, while the initial set up was intriguing, it wasn’t until the plot picked up pace and the case began to unravel that I really got into it.

The characters are interesting – I am looking forward to book 2 and hopefully more back story about the team that now comprises Leipfold Detectives, especially computer genius but enigma Maile.

I love the little details like the way Maile and Leipfold complete crosswords without speaking, and Leipfold’s relationship with police detective Jack Cholmondley (pronounced Chumley fyi).

The London setting is of course familiar to me – from the run down cafe, endless miles of Underground and leafy suburbs around its edges.

The author, Dane Cobain, is something of a literary polymath, having written novels, poetry, non-fiction and edited anthologies, although this seems to be his first detective novel.