But doesn’t every 90s kid? The power to stop time would be incredible. I’d certainly get more done. Although I remember Bernard being quite annoying. 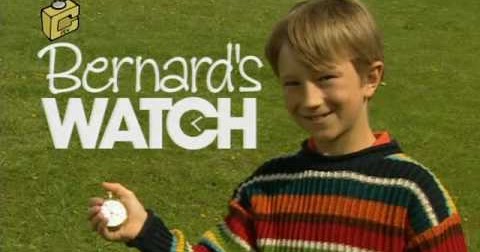 I don’t wear a watch in my day to day, mostly because there are clocks in every room but I have noticed that I’ve started to get annoyed having to scrabble around in my bag for my phone whenever I want to know the time.

I used to wear a watch every day, I’ve been through several over the years, from the pinchy banded one my mum gave me aged 10, through a succession of cheap fast fashion ones that broke or fell apart to a sporty waterproof one from the Science Museum (I think I lost that one). I bought a rather nice rose gold one from ASOS, but I don’t think it’s even been on my wrist and I’m not entirely sure where it’s ended up.

A few months ago I married a man with a penchant for pocket watches, like someone from the 1900s, he loves nothing more that to clip one of the five or six he owns to his clothes. He even gave his best men personalised ones as thank you gifts. On our wedding day he wore his Grandad’s one and his Grandpa’s cuff links, to show that even though they’re no longer here, they’re here.

Watches can be potent memories, my dad had his grandfather’s gold watch, until it was stolen in a burglary. I curse the thieves, may they never have enough time!

I remember the heavy chunky watch my dad wore in his corporate life, he’d take it off after coming home and put it on the arm of the chair. I liked slipping my much smaller wrist in and feeling the heavy links of the band against my arm. It was a reassuring thing, as long as the watch was there my dad was home with us. He travelled a lot for work and the watch being gone meant he was too.

The only person I can think of that still wears one every day is my mum, she’s worn the same one for years, although both the band and the batteries have been replaced several times. Maybe she should get a new one for Christmas?

There’s something quite satisfying about wearing a watch, sometjing that says “I am in control”. Which I never am.

There was a little girl playing with her brother in the park the other day, she had a kids plastic watch on, and was telling her brother quite loudly that it was home time, showing him her watch. Now that is the kind of watch I need, home time, tea time, nap time.

Unfortunately I couldn’t find any watches like that here but I did spot lots of bargains if you were planning on treating yourself or someone else to some new arm candy. This site collects all the best bargains and even gives you tips on how to decide which watch suits you best.

Christmas is coming and if like me you’re part magpie you’ll have your eye on some sparkly gifts, whether for yourself or as gifts for your loved ones.

For some beautiful and fun jewellery look no further than Jewellery Box.

This UK based small business is a favourite of bloggers, having sponsored the Bloggers Blog Awards, which I attended back in September.

The team very kindly sent me some really lovely pieces to share with you all.

I love this necklace, there’s something very soothing about tessalating shapes. The silver chain is delicate with a lobster clasp. Perfect for work to add a little quirk to a smart office look. 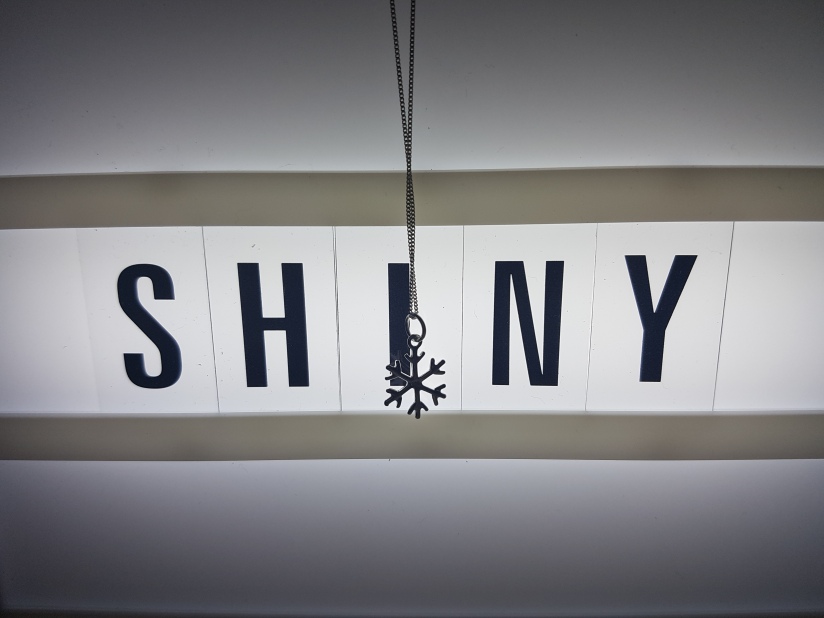 For something more seasonal, how about this dainty snowflake? Adding this to my Christmas Day outfit I think. 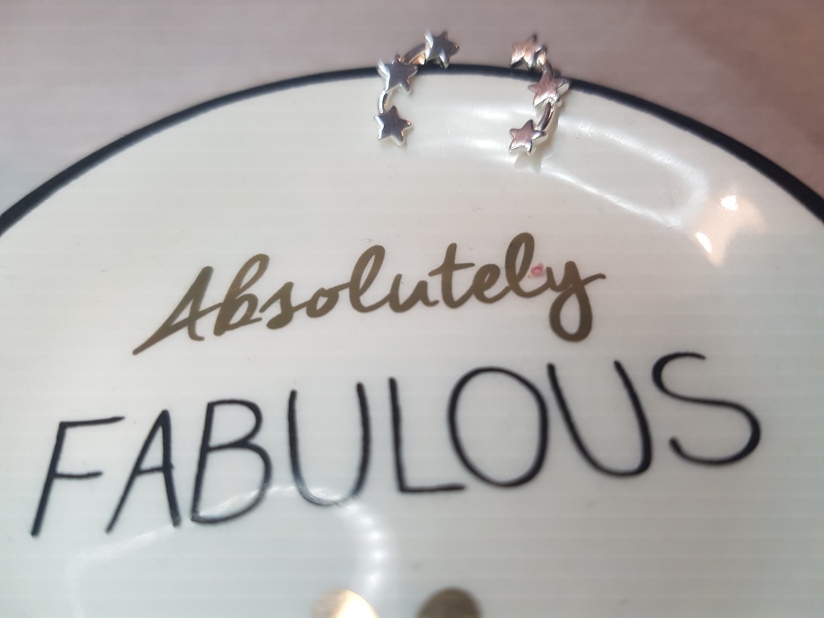 To go with the necklace, these star earrings! So pretty and cute.

Then to finish it off another star, this time in gold, around my wrist – although it might go better with Boxing Day’s ensemble.

Everything is beautifully packaged, making these items perfect gifts for your friends and family (or yourself!)

All my life I’ve loved jewellery, from my Nan’s earrings to my Mum’s eternity sapphire necklace.

One of the earliest things I owned myself aside from a christening bracelet, was a little locket. It had tiny pictures of my grandparents in and was very much a child’s necklace.

I’ve always loved lockets – the hint of a secret tucked away. They pop up in literature hiding clues to great secrets, passed down through generations.

So when Martha Jackson asked if I’d like to review one of their gorgeous lockets, obviously I said yes.

And isn’t it just a delight? 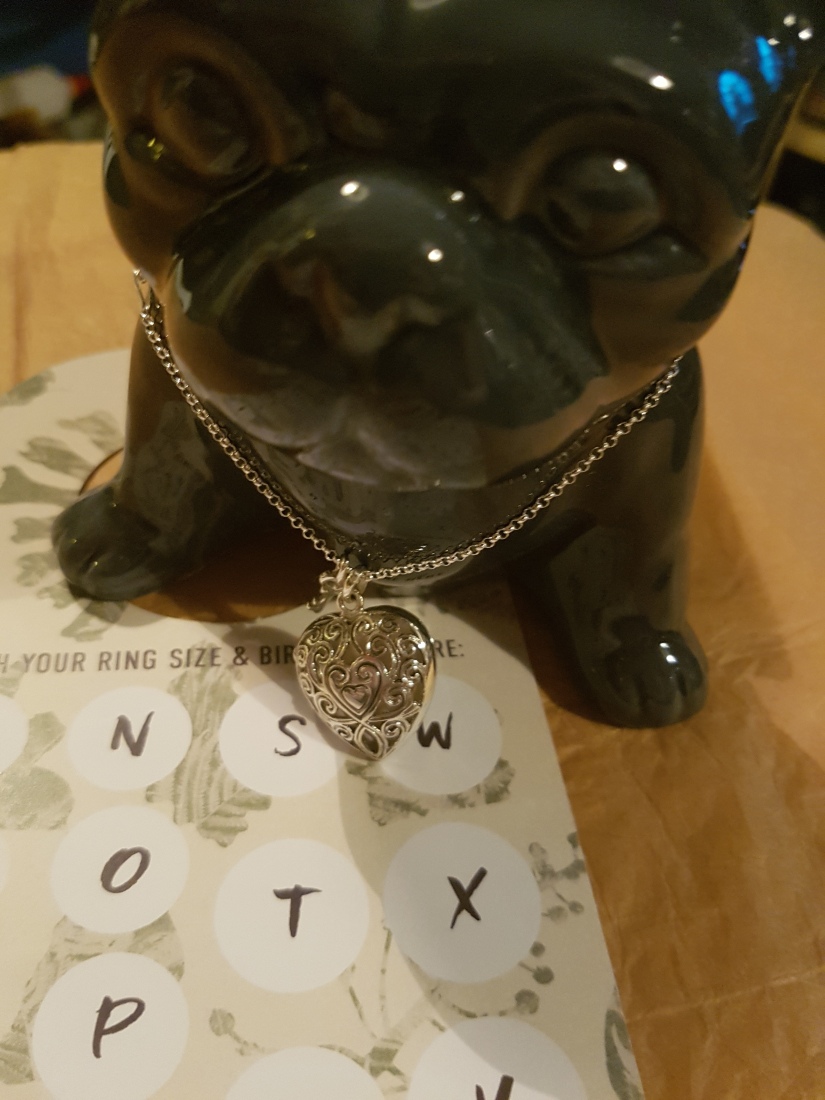 I don’t wear yellow gold so this sterling silver one suits me perfectly. I can imagine wearing it with so many different outfits – silver goes with everything.

I chose this one because the silverwork is so ornate and timeless looking.

And of course it opens, with a space for a tiny keepsake or photo or if you’re feeling Victorian a lock of your love’s hair!

The key charm hanging beside it fits the whole idea of a locket perfectly – you keep your secrets safely locked away. The charm is an added touch and you can pick your own out, which is a lovely way to personalise it.

And at Martha Jackson you can even get your jewellery engraved – mine has my full first name (used only by my mum) on it.

It really is beautiful and by no means the only lovely thing for sale at Martha Jackson.

And the customer service is excellent, a definite bonus.

And you’re supporting an independent business, which is always a good thing in my book.

I’ve got my eye on a few things for Christmas, because having seen first hand how well made – that is a decent clasp and chain – and lovely the jewellery is, of course this little magpie wants more!

*this post contains gifted or sponsored items but all words and opinions are my own.

Happy Flair is a super cheery box of bits and bobs from the team at Punky Pins, one of my favourite indie jewellery and accessories companies.

You can opt for pin only or full flair, which obviously is very me.  Each month’s box is themed and slipped through the letterbox by the postman.

This month’s is full of all things green. I love my plants, mostly cacti and succulents, and clearly the Happy Flair team have the same taste in plants. 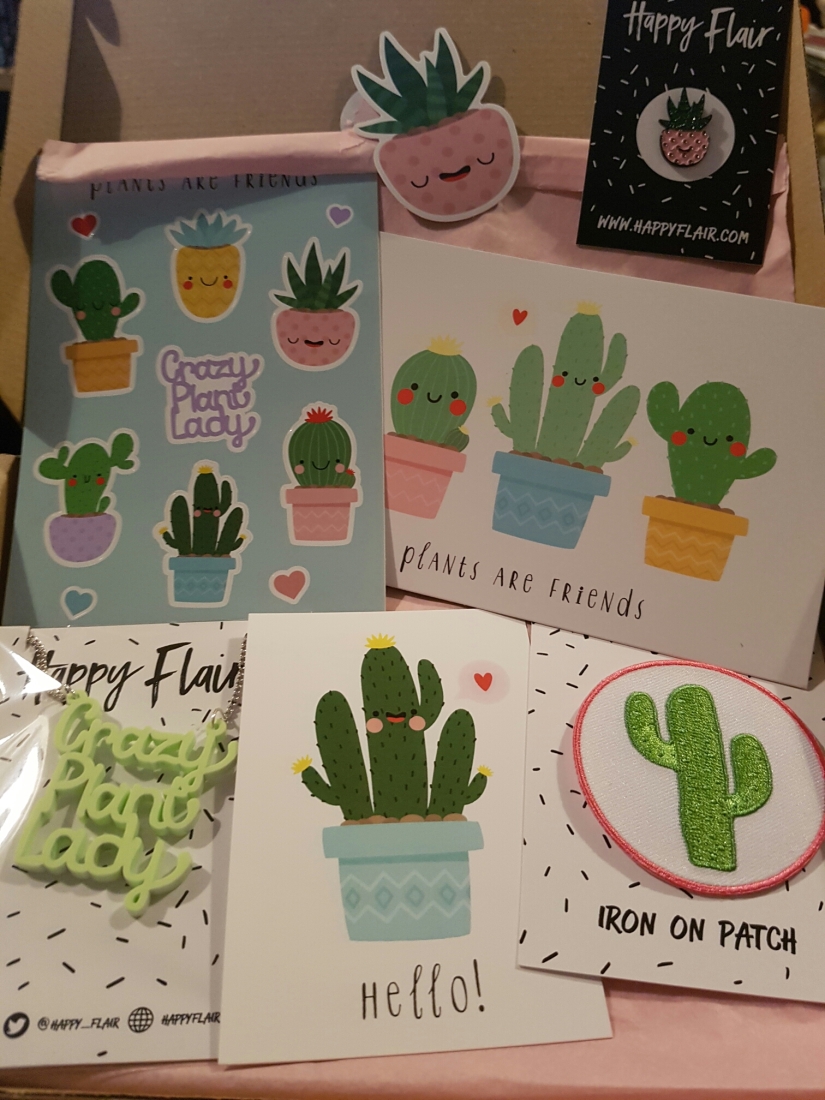 Inside the box are stickers, a postcard, pin, necklace, patch and a note card. Each box is different but this may just be my favourite.

Happy Flair is a new subscription box from the team behind Punky Pins – a box full of accessories and stationery curated around a theme. Last month’s was Alice in Wonderland and this month’s is cult favourite Clueless, celebrating its 20th anniversary this year.

I had to explain what Clueless is to the Mr, who has never seen it. Hopefully I don’t have to do that here. If you haven’t seen it – it’s on Netflix.

Each box is designed to fit through the letterbox and packed full of brightly coloured flair. Brooches, badges, a necklace, postcards and more. Here’s some snaps. 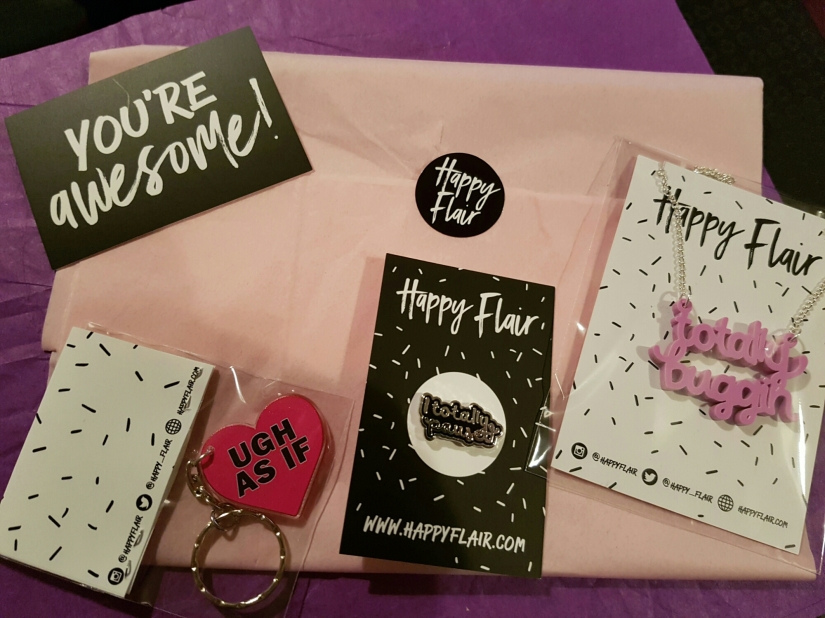 Cher’s unique style of plaid suits features too – the clothes in the film were pretty fantastic.

These boxes are great fun and would make fab gifts for someone else or yourself.

#fashionfriday is an occasional series where I talk fashion.

Today I thought I’d share some of my favourite jewellery sites, with an emphasis on indie companies.

I am a total magpie, if I see something shiny, I have to have it, and I do love a bit o’ bling to make an outfit pop. Some of the best places to buy fun, purse friendly costume jewellery are online.

Punky Pins has a big social media presence but is a small UK based company making fun acrylic and enamel accessories. Like these pins

And my favourite flamingo necklace. 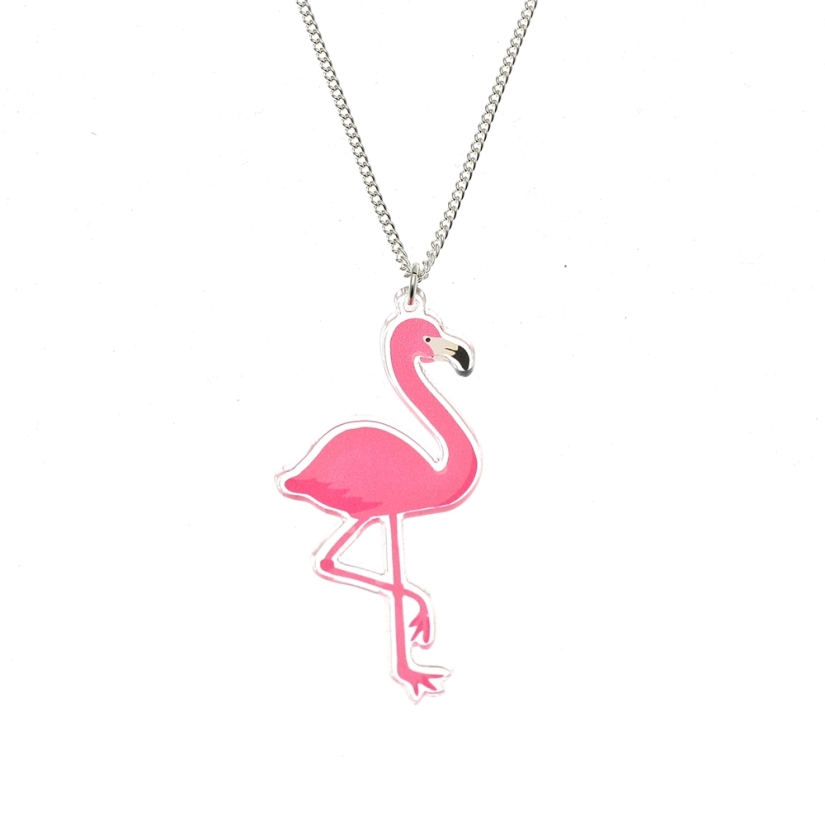 Love Layyanah is a brand I only recently discovered via Instagram. The quirky gold and silver necklaces, bracelets and rings are affordable and fun. Plus the customer service is excellent.

Blackheart Creatives I discovered through twitter. Based in Bristol, these fiends with a laser cutter, their acrylic bling is fun and a little bit trashy (which is a good thing). I want these awesome earrings.

They do a DIY jewellery subscription box, which is great fun and allows you to get creative and make something bespoke in front of Netflix (Kimmy Schmidt binge anyone?)

Where do you like to get your jewellery from?

A few months ago I lost some weight, and as always it went first in my hands. I already have weird fingers, long and bony with the protruding knuckles all women on my mum’s side have (and one day the joy of arthritis). So the lost weight created a conundrum in my jewellery armoury, my rings were too big.

I have worn the same rings on my fingers on and off for years – including my great-great-aunt Bess’ ring, which only ever fitted on my thumb.

I like to dress up and the rings I wear are part of my defense against the world.

So now I’m looking for rings that fit my new, scrawnier fingers. And a trend that caught my eye was the recent one for midi rings, that sit between your fingers joints. EBay and Etsy are excellent places to hunt for things like that. Ring size matters less as these rings are often adjustable or can be moved to a different finger if they aren’t quite right (that and they’re cheap and cheerful).