Today we’re celebrating the upcoming release of Last to Love by Alexa Whitewolf! Read on for an exclusive sneak peek, and a chance to win a signed copy of the book!

He’s the last one standing… So they sent the best one to break him.

Love is for fools. I left all that wuss shit behind, and no fairy-like, smiling godmother will change my mind. I’ve got enough on my mind with a beta pushing my buttons and a town to keep safe. Never mind these urges inside me surfacing again, when I thought I’d buried them for good.

My wolves are falling in amore like bowling pins, and no amount of reasoning will make them stop. Now the third one’s gone over the moon, and they all expect me to be the last to love.

Only, they’ve got another thing coming. ‘Cause the only way I’m falling in love? Is over my dead body.

One more job, they said. One tiny thing I have to do, to bring the prodigal son back home in the warm arms of his beloved family. They said it would be easy. They gave me all the tools. But the minute I’m facing Lucas, I know all those plans have just failed. Burned, thrown out the window, type of failed. And I fully expect he’ll throw me out on my ass. So why is it he’s suddenly more interested in getting me in bed, rather than exiled? And what happens when I fall for it, but it’s too late to stop the events I’ve set into motion?

Book IV in a paranormal shifter series filled with werewolves of all kinds, feisty females who stand up to them, and enough suspense to make it interesting. Can be read as a standalone for the romance, but for a better experience it’s suggested you read the full series first. 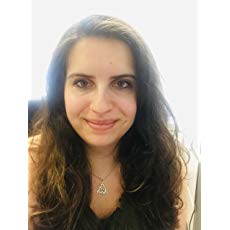 Alexa Whitewolf is a fiction writer, newspaper columnist of daily issues and author of the critically acclaimed Moonlight Rogues shifter series.
Alexa has been a lifelong writer and first began creating other worlds and characters at the ripe age of 12. Growing up in the Transylvania region surrounded by epic mountains and a never ending stream of legends and stories was bound to create an overactive imagination. This shines through Ms. Whitewolf’s writing by creating worlds filled with unique folklore, life wisdom and plenty of furry creatures.
An avid traveler, Alexa writes under a penname and spends her days between an office job and writing, in Canada’s capital when she’s not flying somewhere with lush landscapes and plenty of hiking trails.
Her series focus on strong heroines, kind yet sexy men, fights of good and evil and the never-ending learning curve of humanity’s strong – and weak – points. Romanian folklore is intertwined with her writing, more notably in her shifter romance series, the Moonlight Rogues. Her other series draw on world mythology, such as the Avalon myth and Arthurian legend (the Avalon Chronicles) and Ancient Egypt (The Sage’s Legacy).

To win a signed copy of Last to Love, click the link to enter the Giveaway and follow the instructions there. 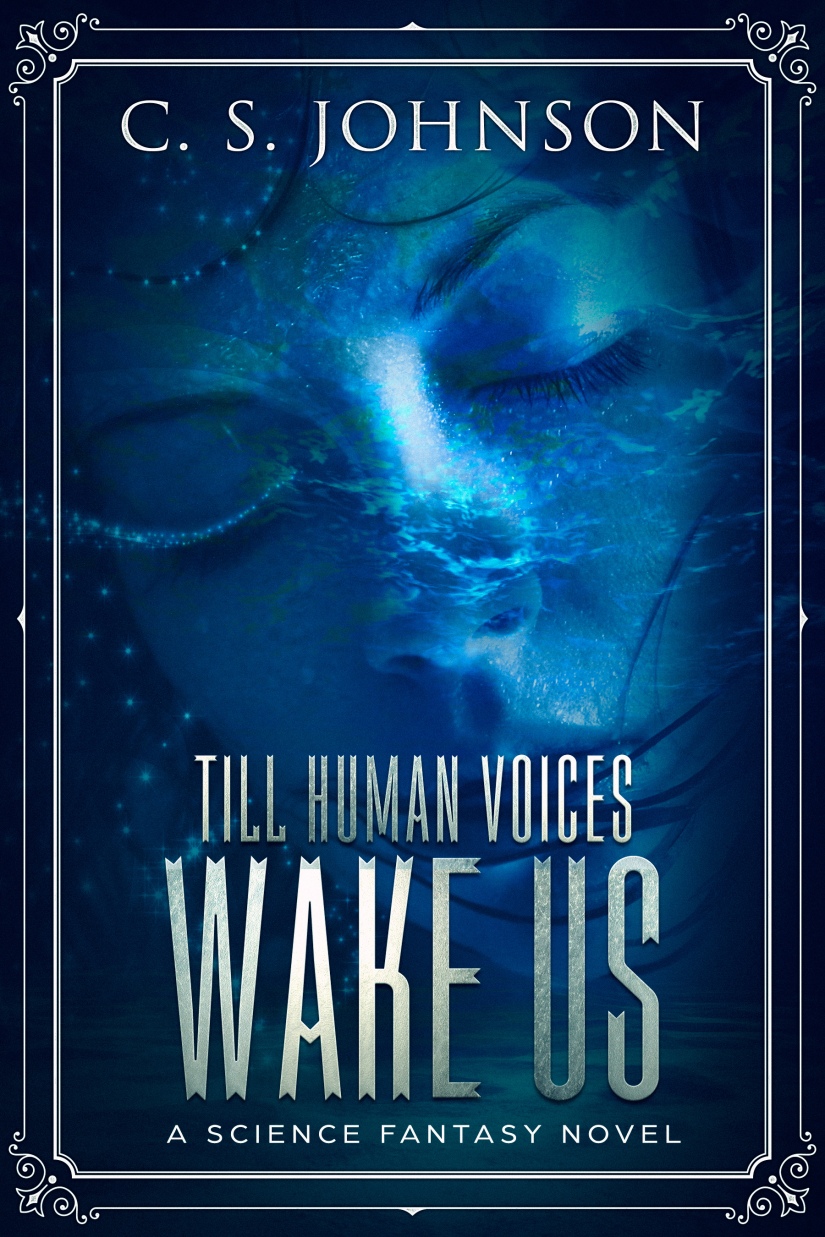 Sometimes the difference between reality and insanity is only a matter of absurdity.

There is nothing Milo Bishop fears more than the thought that he is going insane.

Having grown up hearing his Uncle Jay’s stories about the strange mermaids Milo never had a reason to believe they were actually true. But when a near-death experience gives Milo a vision of a mermaid calling to him for help, Milo is forced to test his uncle’s claims. And when he winds up in Rasulka, the mermaid community tucked away, deep under the southern California seas, the question of his uncle’s sanity is the least of his concerns.

For in the heart of Rasulka, a growing whirlpool in the ocean-sky and the terrarium’s changing climate — along with a discarded prophecy that says their end will come when humans appear — all suggest that the end is near. Along with his uncle and best friend, Moss, and Eluia, a young mermaid who grew up hearing myths about humans, Milo has only hours to sort through his doubts and insecurities and face down unimaginable terrors if he is going to find his way home — before Rasulka, and everyone in it, is lost forever. 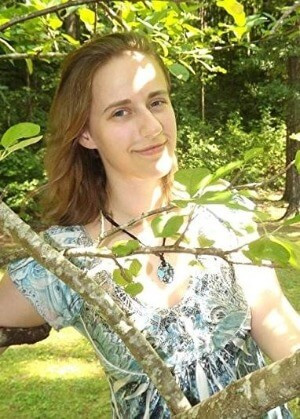 C. S. Johnson is the award-winning, genre-hopping author of several novels, including young adult sci-fi and fantasy adventures such as the Starlight Chronicles, the Once Upon a Princess saga, and the Divine Space Pirates trilogy. With a gift for sarcasm and an apologetic heart, she currently lives in Atlanta with her family.

Much like the time I’d woken up in the hospital, I was beckoned back to reality by a familiar voice—but instead of my mother, this time it was her voice.

Am I dreaming? Am I dead?

I could hardly believe it. My eyes were covered with sand and dirt, and I squirmed as something nudged my foot, and hard.

A new voice spoke from the other side of me. This one was a male voice, one that sounded older and much more disgruntled.

“I … can’t say.” She was the one who answered, and I knew from the gentle innocence of her voice, she hadn’t been the one who’d been prodding me.

“Yes, it seems so,” Eluia said. A soft whisper of a touch grazed my forehead. A shiver went through me at its chilling warmth.

“Don’t poke it with that stick!”

Right on cue, something stabbed my cheek, right underneath my goggles.

“Ouch,” I grumbled, tasting the salty thickness of air and musk through the mask of my wetsuit. “Watch it.”

“Hey!” I yelped, as another jolt of pain hit me, as I was prodded in the ribs.

I didn’t have to see Ceros to know I didn’t think I was going to like him.

He was in one of Uncle Jay’s stories.

That moment was too surreal; I found myself debating with myself, torn between whether or not I was going to open my eyes and find out what destiny had in store for me.

Uncle Jay had told me before that some people don’t want to heal. But as I lay there, with my back to the ground and my limbs all sprawled out in different directions, I realized that it wasn’t just healing that people didn’t want. I didn’t want to be stripped of my ideas about life—and I didn’t want to take a leap of faith into a new world where things could be different or frightening.

“Just because that’s your opinion, doesn’t mean I value it,” Eluia murmured under her breath. From the sound of it, Ceros was already walking away, so I doubted he heard her.

Hearing her voice again—and the spirited defiance behind it—I decided I wanted to know the truth about her, if nothing else. 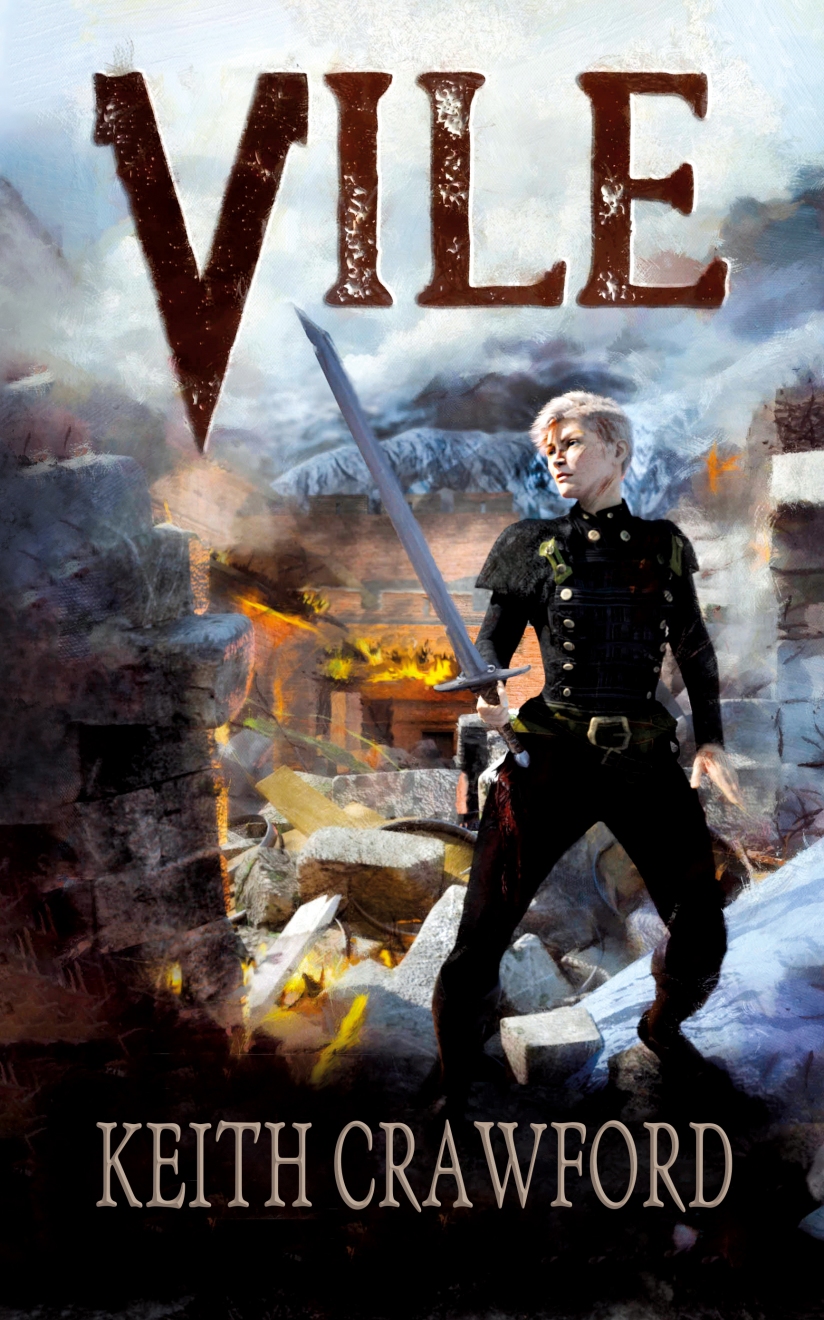 Elianor Paine is a Magistrate of the Peace in the Kingdom of Trist and a republican secret agent. She has 6 days to subvert her investigation, supplant war-hero Lord Vile, then coerce his adult children to start a revolution, before her masters discover the truth and have her killed. Just how far is she willing to go? And can she change the world without changing herself? 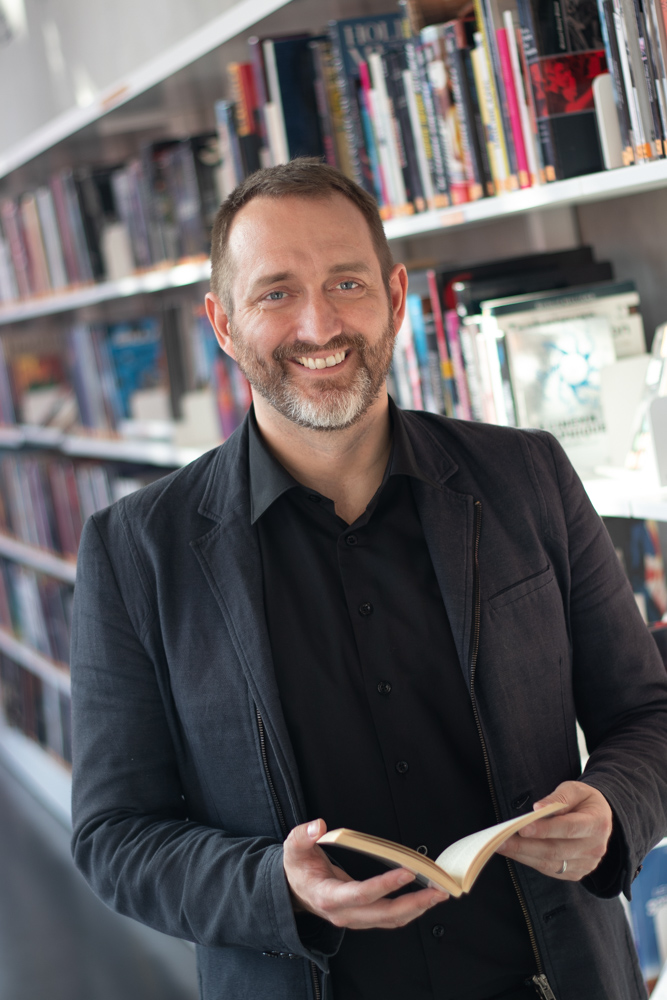 Keith Crawford is a retired Navy Officer, a disabled veteran, a Doctor of Law & Economics, a barrister, a stay-at-home Dad, and a writer. He has written for collections of scholarly works, academic journals, and newspapers including The Economist. He has had more than thirty plays recorded or produced for stage, been listed in a variety of short story competitions (in spite of his hatred of short stories), and runs a radio production company, which regularly runs competitions promoted by the BBC to help find, develop and encourage new writers.

In 2014 he was lecturing at Sciences Po in Paris and negotiating a contract to write a book on banking regulation, when he and his wife discovered to their delight that they were due to have their first child. Rather than writing more work that would only be read by his poor students, and then misquoted by politicians, he decided he would do his bit to stick his fingers up at the patriarchy and stay home to look after his own kids rather than the grown-up kids of rich people. Two more children swiftly followed. Keith has discovered that if you recite Stick Man backwards you get the lyrics to AD/DC’s Highway to Hell.

This (looking after the kids, not satanic rites with Stick Man) allowed him to support his wife’s career, which appears to be heading for the stratosphere, and also gave him the space to write about swordfights and explosions. And spaceships. All of which are more fun than banking regulation. As an extension to his work in radio production, he set up his own small press, and his first novel, Vile, is due to be published in December 2019. More novels will swiftly follow, like buses in countries that don’t privatise the bus companies.